How the NSA Targets Germany and Europe 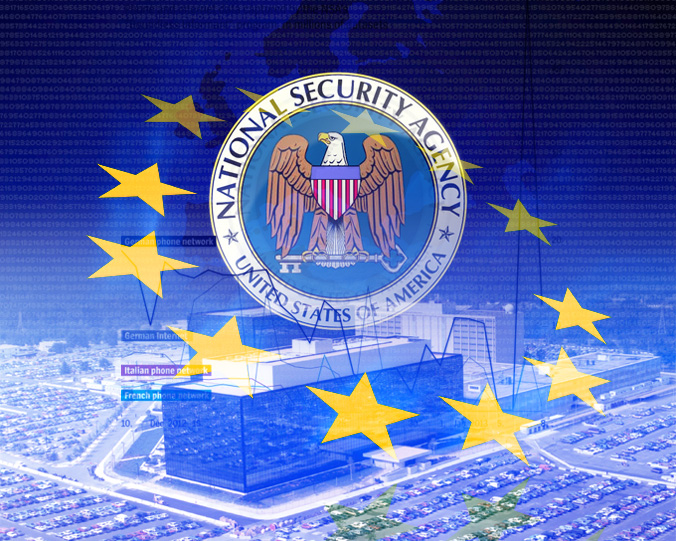 Top secret documents detail the mass scope of efforts by the United States to spy on Germany and Europe. Each month, the NSA monitors a half a billion communications and EU buildings are bugged. The scandal poses a threat to trans-Atlantic relations.

At first glance, the story always appears to be the same. A needle has disappeared into the haystack -- information lost in a sea of data.

For some time now, though, it appears America’s intelligence services have been trying to tackle the problem from a different angle. "If you’re looking for a needle in the haystack, you need a haystack," says Jeremy Bash, the former chief of staff to ex-CIA head Leon Panetta.

An enormous haystack it turns out -- one comprised of the billions of minutes of daily cross-border telephone traffic. Add to that digital streams from high-bandwidth Internet cables that transport data equivalent to that held in Washington’s Library of Congress around the world in the course of a few seconds. And then add to that the billions of emails sent to international destinations each day -- a world of entirely uncontrolled communication. And also a world full of potential threats -- at least from the intelligence services’ perspective. Those are the "challenges," an internal statement at the National Security Agency (NSA), the American signals intelligence organization, claims.

"The monitoring of friends -- this is unacceptable, it can’t be tolerated. We’re no longer in the Cold War." -- German Chancellor Angela Merkel
Begin quote gallery: Click on the arrow

Four-star General Keith Alexander -- who is today the NSA director and America’s highest-ranking cyber warrior as the chief of the US Cyber Command -- defined these challenges. Given the cumulative technological eavesdropping capacity, he asked during a 2008 visit to Menwith Hill, Britain’s largest listening station near Harrogate in Yorkshire, "Why can’t we collect all the signals all the time?"

All the signals all the time. Wouldn’t that be the NSA’s ideal haystack? So what would the needle be? A trail to al-Qaida, an industrial facility belonging to an enemy state, plans prepared by international drug dealers or even international summit preparations being made by leading politicians of friendly nations? Whatever the target, it would be determined on a case by case basis. What is certain, however, is that there would always be a haystack.

A Fiasco for the NSA

Just how close America’s NSA got to this dream in cozy cooperation with other Western intelligence services has been exposed in recent weeks by a young American who, going by outward appearances, doesn’t look much like the hero he is being celebrated as around the world by people who feel threatened by America’s enormous surveillance apparatus.

The whole episode is a fiasco for the NSA which, in contrast to the CIA, has long been able to conduct its spying without drawing much public attention. Snowden has done "irreversible and significant damage" to US national security, Alexander told ABC a week ago. Snowden’s NSA documents contain more than one or two scandals. They are a kind of digital snapshot of the world’s most powerful intelligence agency’s work over a period of around a decade. SPIEGEL has seen and reviewed a series of documents from the archive.

The documents prove that Germany played a central role in the NSA’s global surveillance network -- and how the Germans have also become targets of US attacks. Each month, the US intelligence service saves data from around half a billion communications connections from Germany.

No one is safe from this mass spying -- at least almost no one. Only one handpicked group of nations is excluded -- countries that the NSA has defined as close friends, or "2nd party," as one internal document indicates. They include the UK, Australia, Canada and New Zealand. A document classified as "top secret" states that, "The NSA does NOT target its 2nd party partners, nor request that 2nd parties do anything that is inherently illegal for NSA to do."

’We Can, and Often Do Target Signals’

For all other countries, including the group of around 30 nations that are considered to be 3rd party partners, however, this protection does not apply. "We can, and often do, target the signals of most 3rd party foreign partners," the NSA boasts in an internal presentation.

According to the listing, Germany is among the countries that are the focus of surveillance. Thus, the documents confirm what had already been suspected for some time in government circles in Berlin -- that the US intelligence service, with approval from the White House, is spying on the Germans -- possibly right up to the level of the chancellor. So it comes as little surprise that the US has used every trick in the book to spy on the Washington offices of the European Union, as one document viewed by SPIEGEL indicates.

But the new aspect of the revelations isn’t that countries are trying to spy on each other, eavesdropping on ministers and conducting economic espionage. What is most important about the documents is that they reveal the possibility of the absolute surveillance of a country’s people and foreign citizens without any kind of effective controls or supervision. Among the intelligence agencies in the Western world, there appears to be a division of duties and at times extensive cooperation. And it appears that the principle that foreign intelligence agencies do not monitor the citizens of their own country, or that they only do so on the basis of individual court decisions, is obsolete in this world of globalized communication and surveillance. Britain’s GCHQ intelligence agency can spy on anyone but British nationals, the NSA can conduct surveillance on anyone but Americans, and Germany’s BND foreign intelligence agency can spy on anyone but Germans. That’s how a matrix is created of boundless surveillance in which each partner aids in a division of roles. 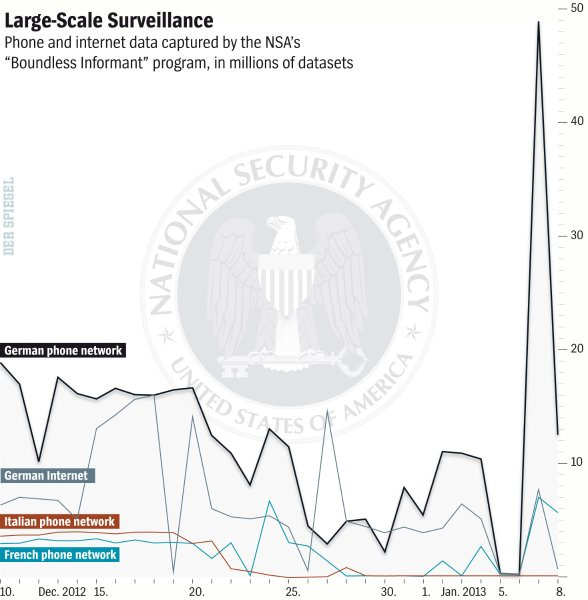 The documents show that, in this situation, the services did what is not only obvious, but also anchored in German law: They exchanged information. And they worked together extensively. That applies to the British and the Americans, but also to the BND, which assists the NSA in its Internet surveillance.

SPIEGEL has decided not to publish details it has seen about secret operations that could endanger the lives of NSA workers. Nor is it publishing the related internal code words. However, this does not apply to information about the general surveillance of communications. They don’t endanger any human lives -- they simply describe a system whose dimensions go beyond the imaginable. This kind of global debate is actually precisely what Snowden intended and what motivated his breach of secrecy. "The public needs to decide whether these policies are right or wrong," he says.

The facts, which are now a part of the public record thanks to Snowden, disprove the White House’s line of defense up until now, which has been that the surveillance is necessary to prevent terrorist attacks, as President Barack Obama said during his recent visit to Berlin. NSA chief Alexander has sought to justify himself by saying that the NSA has prevented 10 terrorist attacks in the United States alone. Globally, he says that 50 terrorist plots have been foiled with the NSA’s help. That may be true, but it is difficult to verify and at best only part of the truth.

Research in Berlin, Brussels and Washington, as well as the documents that have been reviewed by the journalists at this publication, reveal how overreaching the US surveillance has been. 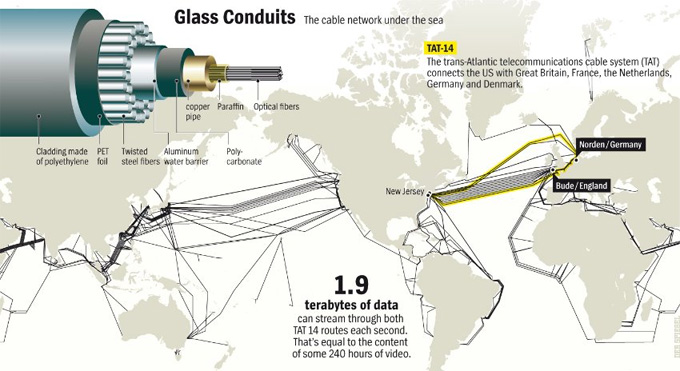 Germany, for its part, has a central role in this global spying system. As the Guardian newspaper, which is working together with Snowden, recently revealed, the NSA has developed a program for the incoming streams of data called "Boundless Informant." The program is intended to process connection data from all incoming telephone calls in "near real time," as one document states. It doesn’t record the contents of the call, just the metadata -- in other words, the phone numbers involved in the communication.
It is precisely the kind of data retention that has been the subject of bitter debate in Germany for years. In 2010, the Federal Constitutional Court in Karlsruhe even banned the practice.

"Boundless Informant" produces heat maps of countries in which the data collected by the NSA originates. The most closely monitored regions are located in the Middle East, followed by Afghanistan, Iran and Pakistan. The latter two are marked in red on the NSA’s map of the world. Germany, the only country in Europe on the map, is shown in yellow, a sign of considerable spying.

The rest of the article at spiegel.de