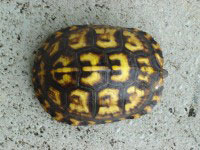 I’ve been seeing 33s for a few years now. Looks strange to write it, even stranger to say it, but it is true. I see them when I’m driving on license plates, gas prices, road numbers, mile markers, hotel rates, produce prices, you name it, if there’s a 33 on it, I am going to notice it like a flashing beacon. I see them on my tab when I’m shopping or having dinner at a restaurant. I also see them when I am buying gas, at the pharmacy, at a coffee shop or stopping at a convenience store. I see them on the television, in phone numbers, on sports jerseys and I wake at 33 past the hour several times a night. My husband began noticing the numbers around the same time I did and he once even found a box turtle with a marred shell and the result looked like the animal was covered in 3s. It’s hard to say exactly when I began to be aware of all the 33s around me, but in the last two years it has become so commonplace that I am almost numb to it. And although I still don’t know why those numbers jump out at me, I was pleased to discover a website dedicated to the subject. 33 Mysteries

I’ve pondered this subject at length and I have seen how the numbers can mean many different things in different societies and religions. When looking at mysteries, I attempt, perhaps arrogantly, to see the whole tapestry, to follow the paths to where they lead, I try to suspend my own filters, but I am only human. It was validating to know that others see what I see, have noticed this odd reoccurrence and have given it more than just a passing thought. But with the death toll of the Virginia Tech murders this week listed as 33 and last week’s bombing in Algeria also listed as killing 33 people, the mystery of the recurring number is hanging quite heavily on my mind.

In numerology, 33 is considered a Master Number and symbolizes the Christ Consciousness. The 33rd degree is highest publicly known degree for Freemasonry and some say it signifies illumination and freedom from religious dogma. In Hinduism, Yoga Sutra 3:33 states: "Through keenly developed intuition, everything can be known." In the Tibetan Book of the Dead, it speaks of the thirty-three heavens ruled over by Indra and the thirty-three ruled over by Mara. 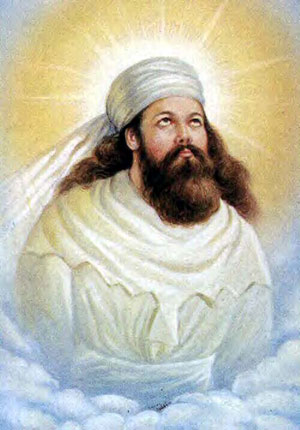 The number 33 winds through many belief systems including Hinduism, Buddhism, Taoism, Zoroastrianism (one of the oldest religions) and Christianity. Christ was crucified at 33 years old and the Biblical Eden lies on the latitude line of 33 degrees. When Lucifer was cast out of heaven, a third of the angels (33%) were said to have gone with him and in the last book of the Bible, Revelations, it speaks of a third (33%) of things being killed or destroyed. The first temple of King Solomon stood for thirty-three years before being pillaged and King David reigned in Jerusalem for 33 years. The Inquisition was created to combat heresy in 1233 and reached its peak with the famous trial of Galileo in 1633.

The number 33 is also seen in biology and science. The word “scientist” is said to have become popularized in 1833. Seawater pressure doubles with every 33 feet of depth. The animal kingdom is divided into 33 phyla. Many bird’s eggs gestate in 33 days and the raven is believed to produce 33 different sounds. And “Africanized killer bees” will not nest above the 33 parallel. Roswell, NM, the infamous location of the UFO crash in 1947, lies on the 33 parallel. The Space Shuttle lands on runway 33 at the Kennedy Space Center in Florida. The most famous nebula is Barnard 33 or the Horsehead Nebula. A space vehicle proposed by Lockheed Martin for NASA was named the X-33. The Leonid Meteor Shower peaks in intensity every 33 years. And the sun will rise in the exact same spot on the horizon every 33 years.

The town I was born in lies very near the global North Latitude, 33°30', as well as the ancient city of Babylon and modern day Baghdad. The longest continually inhabited city in the world, Damascus, Syria is also on that line. The site of the first atomic bombing during WWII, in Nagasaki, Japan, also resides on the 33 parallel, and coincidently, so does the White Sands Testing Range in New Mexico, where the atom bomb was first tested. This geo-latitudinal line also passes through what is known as the "Bermuda Triangle" in the Atlantic Ocean.

Metaphysics and conspiracy have blended in a strange way in this arena and the number seems to have intrigued many of those seeking. 33 has been connected to the deaths or assassinations of Presidents, the beginning of the Holocaust and wars and dissention throughout history. Several point out that many of our leaders have been 33rd degree Masons, or were at least connected to Freemasonry and how the “most evil man in Europe”, Aleister Crowley, also held that title. The coincidences around the number amaze, astound and interest many of those attempting to unravel historical and modern day mysteries.

Some say seeing the recurring number is the equivalent to a spiritual wake up call, signifying universal nurturing, a raised social consciousness and global responsibility, while others state that it is an occult number and certainly points only to evil. Others suggest there is a connection between the number and the New World Order, the Freemasons and Bohemian Grove and they also insist the number is rich in symbolic and occult meanings. Many believe the number represents bad things to come and others believe it is a sign they are on the right path. The biggest commonality I have seen between those haunted by the number is that almost all believe at its base, the meaning is spiritual. And still others say the whole idea is ridiculous and it means nothing except to prove that the seers of 33 are actually abnormal or deluded.

For myself, although I still don’t understand all the whys of seeing it, I think it indicates a time to start paying attention. Perhaps it is a signal to slow down in the super hyped world we live in these days. Or perhaps it is alluding to the illusions we see all around us when we are aware. Or it could be that I am over-thinking and it is simply about the Christ Consciousness trying to make itself known in a strangely backward and confused world.

Much thanks to Adam Burke of 33 Mysteries.