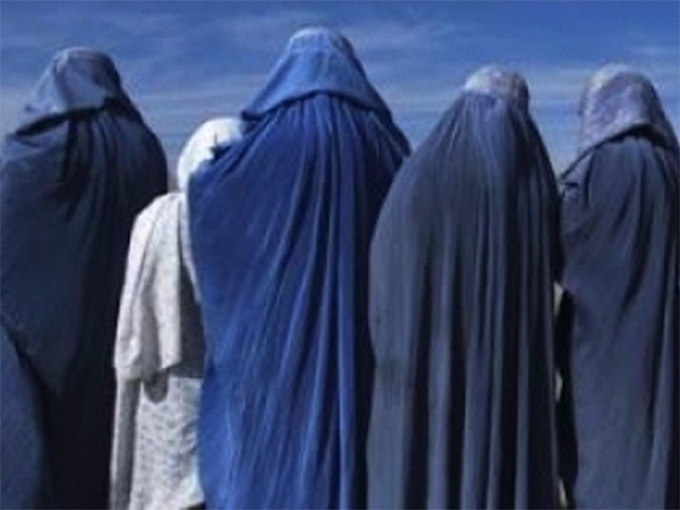 The Associated Press and NBC are now reporting that Tennessee gunman Muhammed Youssef Abdulazees was an immigrant from the Muslim nation of Kuwait.

According to U.S. Census Data, the United States admits roughly 100,000 Muslim immigrants legally each year, representing the fastest growing block of immigration into the United States. Tennessee, in fact, is home to one of the fastest growing immigrant populations in the country, causing the President to give a recent speech there in favor of expansive immigration. The Mayor of Nashville has launched a New American Advisory Council to help facilitate the legally-sanctioned transition from the previous inhabitants of Nashville to the new ones.

Both of Tennessee’s Senators, Sen. Lamar Alexander (R-TN) 24% and Sen. Bob Corker (R-TN) 51%, helped pass the Senate’s Gang of Eight bill which would have tripled the number of green cards issued over the next ten years.

Pew Research has estimated that immigration will cause the population of U.S. Muslims to more than double over the next two decades—from 2.6 million in 2010 to 6.2 million in 2030. This demographic change is entirely the product of legal admissions–that is, it is a formal policy of the federal government adopted by Congress.

Another major source of Middle Eastern immigration into the United States is done through our nation’s refugee program. Every year the United Stated admits 70,000 asylees and refugees. Arabic is the most common language spoken by refugees, and 91.4 percent of refugees from the Middle East are on food stamps.

The importation of Middle Eastern immigrants through the nation’s refugee program has led to the development of pockets of radicalized communities throughout the United States.

Minnesota, for instance, which has the largest Somali population in the country, has struggled to stem terror recruiting. The Minneapolis Star Tribune recently reported that six men from Minnesota were arrested and charged attempting to fight alongside ISIS. During the last two years alone, more than 20 Somali-Americans from Minnesota have left the U.S. to fight alongside terrorists under the banner of ISIL.

Similarly, as National Review has reported, “Dearborn, Michigan is home to just under 100,000 people, about 40 percent of whom are Muslim. In 2013, a leaked government document revealed that more people from Dearborn were on the federal terrorist watch list than from any other city except New York.”

The head of the United States Citizenship and Immigration Services Union, Kenneth Palinkas, recently warned about this very issue: “It is also essential to warn the public about the threat that ISIS will exploit our loose and lax visa policies to gain entry to the United States. Indeed, as we know from the first World Trade Center bombing in 1993, from the 9/11 terrorist attacks, from the Boston Bombing, from the recent plot to bomb a school and courthouse in Connecticut, and many other lesser-known terror incidents, we are letting terrorists into the United States right through our front door.”

He listed a number of terror attacks in which the attackers were immigrants voluntarily imported into the United States, including the Boston Marathon Bombing. None of these attacks would have occurred but for immigration sanctioned by the federal government.

News reports show that this is similarly emerging as a problem in Florida. A recent piece in The Tampa Tribune reveals that Florida now leads the nation as the number one state resettling refugees.

As one Floridian community liaison manager with Refugee Services estimated for The Tampa Tribune, Florida settles 27,000 refugees, on average, per year.

According to the federal government, Florida resettled 43,184 refugees in 2013.

While most of these refugees settling in Florida arrive from Cuba, many arrive from Middle Eastern countries. According to the U.S. Office of Refugee Resettlement, the next largest countries to resettle in Florida after Cuba are (in order) Iraq, Myanmar (Burma), the Democratic Republic of Congo, Sudan, Somalia, Colombia, Afghanistan, Jordan, Pakistan, Syria, and Palestine.

The Tampa Tribune reports that many of these Muslim refugees are carving out their own Muslim communities within Florida (similar to what refugees have done in Dearborn and Minneapolis): “Many of the refugees finding homes in the Tampa Bay area are Muslim because the region has an established Muslim community.”

The Tampa Tribune also notes that most of these refugees, precisely because they are invited in legally by our government, will go on to seek citizenship. Tampa immigration lawyer B. John Ovink told The Tampa Tribune, “Citizenship is straightforward. Once they enter as refugees or are granted asylum, they apply for permanent residency, the proof of which is a green card. It’s pretty automatic unless something changes in their country of origin and they are forced to go back. But I haven’t seen that happen in the 22 years I’ve been practicing law.”

On the heels of these developments, two Republican Senators–Sen. Pat Toomey (R-PA) 63% and Dan Coats (R-IN)–have announced plans to substantially increase immigration from countries with large Muslim populations as a condition of a new highway bill. They are proposing to attach “highly-skilled” immigration bills from last Congress, which would expand the number of STEM workers (Science, Technology, Engineering and Mathematics)–large numbers of whom come from countries with large Muslim populations like Pakistan, India and Saudi Arabia. The Tennessee killer was himself an engineering student.

Similarly, presidential contender Senator Sen. Marco Rubio (R-FL) 80% has also introduced immigration legislation that would substantially increase opportunities for Muslim immigration by creating an uncapped green card program for foreign students specializing in STEM fields while tripling the number of H-1B visas. One of the fastest growing groups of foreign students are from Saudi Arabia, helping propel the foreign student population to an all-time high.

Senator Rubio’s statement on the terrorist attack in Tennessee did not mention anything about Islam.