Inspectors In Syria Forbidden From Finding Out WHO Used Chemical Weapons, Only IF They Were Used

Inspectors In Syria Forbidden From Finding Out WHO Used Chemical Weapons, Only IF They Were Used
From: RINF

The Fix Is In

“The [weapons inspection] team must be able to conduct a full, thorough and unimpeded investigation,” said U.N. Secretary-General Ban Ki-moon on Sunday night. However, the team is only mandated to determine if chemical weapons were used, not who used them, Mr. Ban’s spokesman said.

In other words, even if it was the rebels who carried out the attack, it will still be used as an excuse to attack the government.

U.S. military forces stand ready to strike Syria at once if President Barack Obama gives the order, Defense Secretary Chuck Hagel said Tuesday as the United States prepared to declare formally that chemical weapons had been used in the Syrian civil war.

U.S. officials said growing intelligence pointed strongly toward Bashar Assad’s government as the culprit — a claim Assad called "preposterous." There were cautions from the White House that the goals of any military action would be measured, not intended to drive Assad from power.

"The options we are considering are not about regime change," said White House spokesman Jay Carney.

The U.S., along with allies in Europe, appeared to be laying the groundwork for the most aggressive response since Syria’s civil war began more than two years ago. The White House said Obama had not settled on what action to take in response to the large-scale use of deadly gases, a move Obama said last year would cross a red line.

Officials had planned to release an intelligence report Tuesday more formally linking Assad to the attack, but that release appeared to be pushed back until later in the week. Still, the White House dismissed as "fanciful" the notion that anyone other than Assad could be to blame.

Vice President Joe Biden said there was no question Assad was responsible for the attack, becoming the highest ranking U.S. official to say so. He said the Syrian government is the only actor in the conflict that possesses chemical weapons and can deliver them.

Read the full article at: newsmax.com
US gave Saddam blessing to use toxins against Iranians
From: RT 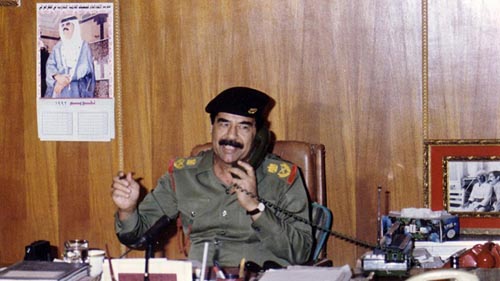 As Washington ponders over whether to hammer Damascus over unidentified use of toxic agents in Syria, declassified CIA documents reveal that 25 years ago the US actually indulged ruthless Saddam Hussein to use chemical warfare gases in war with Iran.

The recently declassified documents at the National Archives in College Park, Maryland, suggest that the US was closely following the use of chemical weapons by the Saddam Hussein’s regime both against the enemy in the Iran-Iraq War (1980-1988) and against Iraq’s Kurdish population, reports Foreign Policy magazine.

Despite the fact that the US establishment regarded Saddam Hussein as ‘anathema’ and his officials as ‘thugs’, the policies of President Ronald Reagan’s administration through 1980s was to ensure that Iraq would win the war with Iran, the FP stated.

Former CIA official retired Air Force Colonel Rick Francona has said exclusively to Foreign Policy that starting from 1983 the US had no doubts that Hussein’s Iraq was using prohibited chemical weapons (mustard gas) against its adversary, while Iran lacked solid proof and could not bring the case to the UN.

Experienced Arabic linguist Rick Francona, who worked for both the National Security Agency (NSA) and the Defense Intelligence Agency (DIA), shared that the first time he had proof of Iraq using toxins against Iranians was in 1984, while he was serving as the US Air attaché in Amman, Jordan. He had solid proof that Iraqis had used Tabun nerve agent (GA) against Iranian troops advancing in southern Iraq.

It has also been revealed that Saddam Hussein’s military industrial complex could not produce shells with toxic chemical substances itself and was heavily dependent on foreign equipment, with Italy been mentioned as one of the sources for the special equipment.

But Reagan’s administration was willing Baghdad to win the war, so it turned a blind eye on Iraq using lethal nerve agents against Iran, since that could turn the tide of war into a right direction, Foreign Policy reports. 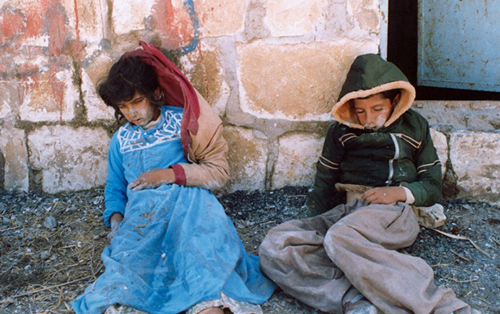 "US Secretary of State John Kerry has signalled his country’s intention to act on Syria, describing the use of chemical weapons as a "moral obscenity" and pinning the blame on the Syrian government."