Is a mini ice age on the way? Scientists warn the Sun has ’gone to sleep’ and say it could cause temperatures to plunge 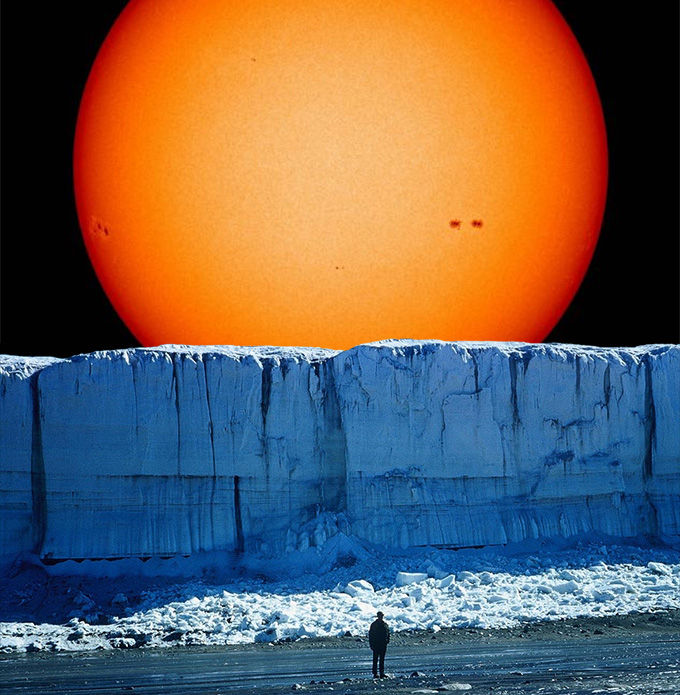 The Sun’s activity is at its lowest for 100 years, scientists have warned.

They say the conditions are eerily similar to those before the Maunder Minimum, a time in 1645 when a mini ice age hit, Freezing London’s River Thames.

Researcher believe the solar lull could cause major changes, and say there is a 20% chance it could lead to ’major changes’ in temperatures.

’Whatever measure you use, solar peaks are coming down,’ Richard Harrison of the Rutherford Appleton Laboratory in Oxfordshire told the BBC.

’I’ve been a solar physicist for 30 years, and I’ve never seen anything like this.’

He says the phenomenon could lead to colder winters similar to those during the Maunder Minimum.

’There were cold winters, almost a mini ice age.

’You had a period when the River Thames froze.’

Lucie Green of UCL believes that things could be different this time due to human activity.

’We have 400 years of observations, and it is in a very similar to phase as it was in the runup to the Maunder Minimum.

’The world we live in today is very different, human activity may counteract this - it is difficult to say what the consequences are.’

Mike Lockwood University of Reading says that the lower temperatures could affect the global jetstream, causing weather systems to collapse.

’We estimate within 40 years there a 10-20% probability we will be back in Maunder Minimum territory,’ he said.

Last year Nasa warned ’something unexpected’ is happening on the Sun’
This year was supposed to be the year of ’solar maximum,’ the peak of the 11-year sunspot cycle.

But as this image reveals, solar activity is relatively low.

’Sunspot numbers are well below their values from 2011, and strong solar flares have been infrequent,’ the space agency says.

The image above shows the Earth-facing surface of the Sun on February 28, 2013, as observed by the Helioseismic and Magnetic Imager (HMI) on NASA’s Solar Dynamics Observatory.

It observed just a few small sunspots on an otherwise clean face, which is usually riddled with many spots during peak solar activity.

Experts have been baffled by the apparent lack of activity - with many wondering if NASA simply got it wrong.

’This is solar maximum,’ he says.

’But it looks different from what we expected because it is double-peaked.’
’The last two solar maxima, around 1989 and 2001, had not one but two peaks.’

Solar activity went up, dipped, then rose again, performing a mini-cycle that lasted about two years, he said.

The same thing could be happening now, as sunspot counts jumped in 2011 and dipped in 2012, he believes.

Pesnell expects them to rebound in 2013: ’I am comfortable in saying that another peak will happen in 2013 and possibly last into 2014.’

He spotted a similarity between Solar Cycle 24 and Solar Cycle 14, which had a double-peak during the first decade of the 20th century.

The Maunder Minimum (also known as the prolonged sunspot minimum) is the name used for the period starting in about 1645 and continuing to about 1715 when sunspots became exceedingly rare, as noted by solar observers of the time.

It caused London’s River Thames to freeze over, and ’frost fairs’ became popular. 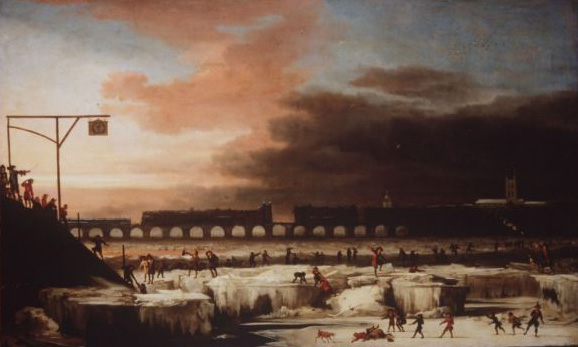 The Frozen Thames, 1677 - an oil painting by Abraham Hondius shows the old London Bridge during the Maunder Minimum

This period of solar inactivity also corresponds to a climatic period called the "Little Ice Age" when rivers that are normally ice-free froze and snow fields remained year-round at lower altitudes.

There is evidence that the Sun has had similar periods of inactivity in the more distant past, Nasa says.

The connection between solar activity and terrestrial climate is an area of on-going research. 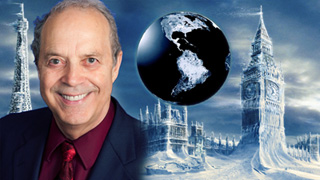