Islamic state has a dirty bomb. But what about a diversity bomb? 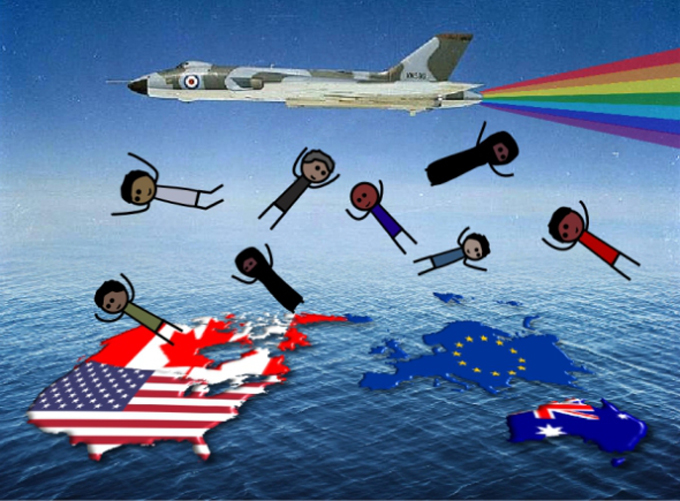 According to the Australian intelligence agency, Islamic State has enough radioactive material to create a "dirty bomb". It's not quite an arsenal of pinpoint nuclear missiles - it's more like a glowing green cloud.

Both the Australian Department of Defense and NATO have expressed concern over this group having radioactive materials.

But the thing is, nuclear weapons are a deterrent. No one is stupid enough to actually launch on off at their enemies. We do have some deranged, drooling, lunatics in power, but they’re not THAT stupid.

n the post-WW2 era, using nuclear weapons on people will make every other country extremely hostile to your country.

If Islamic State got drunk one day (in blatant disregard to Sharia law) and sat on the controls to dropped a dirty bomb on a town or city, I guarantee the next day they’ll be as dead as the dodos.

So who really cares? And besides, nuclear bombs are soooo 20th century. There’s a much more efficient way to destroy your enemies these days. Governments simply drop the diversity bomb.

The Chinese government is doing it to Tibetans; soon Tibetans will cease to exist, and Chinese will become over 90% of the population. This is just one example that everyone has heard of.

But there are thousands – even hundreds of thousands – of diversity bombs going off in the West as well.

From America to Canada, from Australia to New Zealand, and all across Europe the anti-White governments are dropping “diversity bombs” on their own people.

Anywhere that is disgustingly full of White people – anywhere vomit-inducingly White – is on the hit list. It is a viable target.