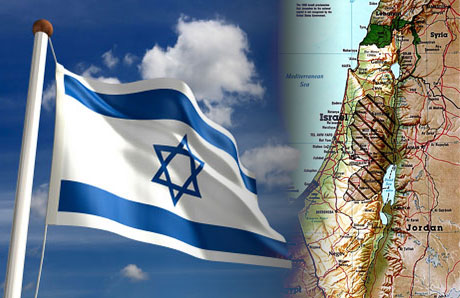 No one is more surprised than Shlomo Sand that his latest academic work has spent 19 weeks on Israel’s bestseller list – and that success has come to the history professor despite his book challenging Israel’s biggest taboo.

Dr. Sand argues that the idea of a Jewish nation – whose need for a safe haven was originally used to justify the founding of the state of Israel – is a myth invented little more than a century ago.

An expert on European history at Tel Aviv University, Dr. Sand drew on extensive historical and archaeological research to support not only this claim but several more – all equally controversial.

In addition, he argues that the Jews were never exiled from the Holy Land, that most of today’s Jews have no historical connection to the land called Israel and that the only political solution to the country’s conflict with the Palestinians is to abolish the Jewish state.

The success of When and How Was the Jewish People Invented? looks likely to be repeated around the world. A French edition, launched last month, is selling so fast that it has already had three print runs.

Translations are under way into a dozen languages, including Arabic and English. But he predicted a rough ride from the pro-Israel lobby when the book is launched by his English publisher, Verso, in the United States next year.

In contrast, he said Israelis had been, if not exactly supportive, at least curious about his argument. Tom Segev, one of the country’s leading journalists, has called the book “fascinating and challenging”.

Surprisingly, Dr. Sand said, most of his academic colleagues in Israel have shied away from tackling his arguments. One exception is Israel Bartal, a professor of Jewish history at Hebrew University in Jerusalem. Writing in Haaretz, the Israeli daily newspaper, Dr Bartal made little effort to rebut Dr Sand’s claims. He dedicated much of his article instead to defending his profession, suggesting that Israeli historians were not as ignorant about the invented nature of Jewish history as Dr Sand contends.

The idea for the book came to him many years ago, Dr. Sand said, but he waited until recently to start working on it. “I cannot claim to be particularly courageous in publishing the book now,” he said. “I waited until I was a full professor. There is a price to be paid in Israeli academia for expressing views of this sort.”

Dr. Sand’s main argument is that until little more than a century ago, Jews thought of themselves as Jews only because they shared a common religion. At the turn of the 20th century, he said, Zionist Jews challenged this idea and started creating a national history by inventing the idea that Jews existed as a people separate from their religion.

Equally, the modern Zionist idea of Jews being obligated to return from exile to the Promised Land was entirely alien to Judaism, he added.

“Zionism changed the idea of Jerusalem. Before, the holy places were seen as places to long for, not to be lived in. For 2,000 years Jews stayed away from Jerusalem not because they could not return but because their religion forbade them from returning until the messiah came.”

The biggest surprise during his research came when he started looking at the archaeological evidence from the biblical era.

“I was not raised as a Zionist, but like all other Israelis I took it for granted that the Jews were a people living in Judea and that they were exiled by the Romans in 70AD.

“But once I started looking at the evidence, I discovered that the kingdoms of David and Solomon were legends.

“Similarly with the exile. In fact, you can’t explain Jewishness without exile. But when I started to look for history books describing the events of this exile, I couldn’t find any. Not one.

“That was because the Romans did not exile people. In fact, Jews in Palestine were overwhelming peasants and all the evidence suggests they stayed on their lands.”

Instead, he believes an alternative theory is more plausible: the exile was a myth promoted by early Christians to recruit Jews to the new faith. “Christians wanted later generations of Jews to believe that their ancestors had been exiled as a punishment from God.”

So, if there was no exile, how is it that so many Jews ended up scattered around the globe before the modern state of Israel began encouraging them to “return”?

Dr. Sand said that, in the centuries immediately preceding and following the Christian era, Judaism was a proselytising religion, desperate for converts. “This is mentioned in the Roman literature of the time.”

Jews travelled to other regions seeking converts, particularly in Yemen and among the Berber tribes of North Africa. Centuries later, the people of the Khazar kingdom in what is today south Russia, would convert en masse to Judaism, becoming the genesis of the Ashkenazi Jews of central and eastern Europe.

Dr. Sand pointed to the strange state of denial in which most Israelis live, noting that papers offered extensive coverage recently to the discovery of the capital of the Khazar kingdom next to the Caspian Sea.

Ynet, the website of Israel’s most popular newspaper, Yedioth Ahronoth, headlined the story: “Russian archaeologists find long-lost Jewish capital.” And yet none of the papers, he added, had considered the significance of this find to standard accounts of Jewish history.

One further question is prompted by Dr Sand’s account, as he himself notes: if most Jews never left the Holy Land, what became of them?

“It is not taught in Israeli schools but most of the early Zionist leaders, including David Ben Gurion [Israel’s first prime minister], believed that the Palestinians were the descendants of the area’s original Jews. They believed the Jews had later converted to Islam.” 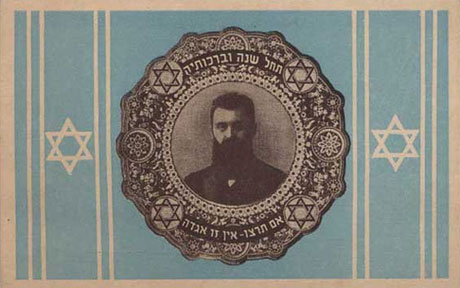 Dr. Sand attributed his colleagues’ reticence to engage with him to an implicit acknowledgement by many that the whole edifice of “Jewish history” taught at Israeli universities is built like a house of cards.

The problem with the teaching of history in Israel, Dr Sand said, dates to a decision in the 1930s to separate history into two disciplines: general history and Jewish history. Jewish history was assumed to need its own field of study because Jewish experience was considered unique.

“There’s no Jewish department of politics or sociology at the universities. Only history is taught in this way, and it has allowed specialists in Jewish history to live in a very insular and conservative world where they are not touched by modern developments in historical research.

“I’ve been criticised in Israel for writing about Jewish history when European history is my specialty. But a book like this needed a historian who is familiar with the standard concepts of historical inquiry used by academia in the rest of the world