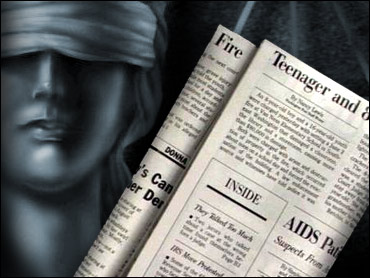 In a case that raises questions about online journalism and privacy rights, the U.S. Department of Justice sent a formal request to an independent news site ordering it to provide details of all reader visits on a certain day.

The grand jury subpoena also required the Philadelphia-based Indymedia.us Web site "not to disclose the existence of this request" unless authorized by the Justice Department, a gag order that presents an unusual quandary for any news organization.

Kristina Clair, a 34-year old Linux administrator living in Philadelphia who provides free server space for Indymedia.us, said she was shocked to receive the Justice Department's subpoena. (The Independent Media Center is a left-of-center amalgamation of journalists and advocates that – according to their principles of unity and mission statement – work toward "promoting social and economic justice" and "social change.")

The subpoena (PDF) from U.S. Attorney Tim Morrison in Indianapolis demanded "all IP traffic to and from www.indymedia.us" on June 25, 2008. It instructed Clair to "include IP addresses, times, and any other identifying information," including e-mail addresses, physical addresses, registered accounts, and Indymedia readers' Social Security Numbers, bank account numbers, credit card numbers, and so on.

"I didn't think anything we were doing was worthy of any (federal) attention," Clair said in a telephone interview with CBSNews.com on Monday. After talking to other Indymedia volunteers, Clair ended up calling the Electronic Frontier Foundation in San Francisco, which represented her at no cost.

Under long-standing Justice Department guidelines, subpoenas to members of the news media are supposed to receive special treatment. One portion of the guidelines, for instance, says that "no subpoena may be issued to any member of the news media" without "the express authorization of the attorney general" – that would be current attorney general Eric Holder – and subpoenas should be "directed at material information regarding a limited subject matter."

Still unclear is what criminal investigation U.S. Attorney Morrison was pursuing. Last Friday, a spokeswoman initially promised a response, but Morrison sent e-mail on Monday evening saying: "We have no comment." The Justice Department in Washington, D.C. also declined to respond.

Read the full article at: CBSNews.com