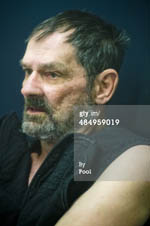 …… Which is EXACTLY how we called it when this story broke a few weeks back. We also mentioned that the SPLC, just discarded from the FBI “hate” website… Would be the prime benefactor.

Ex-KKK Leader Was Given a New Identity Years Before Shooting 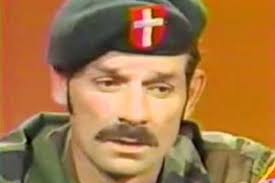 Glenn Miller, the former North Carolina Ku Klux Klan leader, arrested in the Kansas City Jewish Community Center shootings that killed three people on Sunday, has been identified previously as an FBI informant. The FBI is known to have infiltrated the Klan time and time again since the civil rights days, during a period when J. Edgar Hoover had set his sights on flushing out supposed commies and ending the career of Martin Luther King. Miller testified for the government in a major trial where the Feds sought to convict leaders of the Far Right. In his book, A White Man Speaks Out, he claims to have been an FBI informant.

Miller is a former Vietnam vet who was a member of the American Nazi Party before turning to the North Carolina Klan. He was in the Klan caravan involved in the Greensboro massacre in 1979, where the Klan opened fire on civil rights marchers. He then formed the White Patriot Party, claiming by 1985 to have a membership of 2500 and offices in six southern states. He ran for governor of North Carolina in 1984 and got 5,000 votes.

Read the full article at: deadlinelive.info