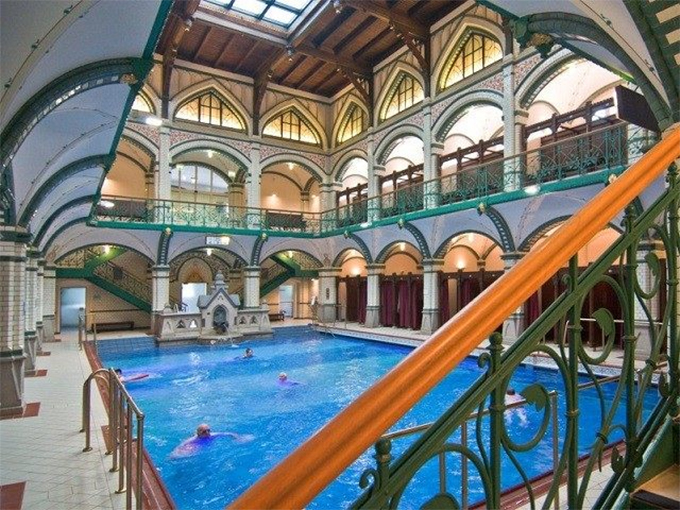 A German swimming bath has banned migrants from entering the premises after a group of men went on an obscene rampage, laughing in the faces of pool staff when challenged about their grotesque behaviour.

The allegations against the migrant bathers has come to light thanks to a leaked internal letter from the Zwickau Town Hall, between the chief clerk to his department head, reproduced in part by German tabloid Bild. Writing of the historic swimming pool’s decision to close their doors to migrants until further notice, Rainer Kallweit wrote this week of a shocking incident which has left the baths abandoned by local swimmers.

In his report, the authenticity of which has since been confirmed by the city administration Mr. Kallweit wrote the shocking words:

“An asylum seeker has masturbated in the hot tub and ejaculated into the basin. This is also recorded on the surveillance camera”. He wrote that the group desecrating the jacuzzi, having been thrown out by the lifeguards later returned took “selfies” of themselves while they were in the tub, “jeering” the whole time.

Writing of another pool under his jurisdiction in the down of Zwickau, the town employee continued to say a group of “young unaccompanied women and children” used the children’s training pool, as none of the party could swim. He wrote, in classic civil servants language they “contaminated the pool by getting rid of the contents of their intestines. Native people immediately left the pool”.

This was not the only assault on the pool. The day before, wrote Mr. Wallweit “8 foreign men … in the sauna” harassed locals, forcing pool staff to pretend the Sauna was out of action when enquiries were made my migrant men, if there were at that time local women using it. He told his superiors: “furthermore, the lifeguards have to protect women and girls from the asylum seekers. Young men wanted to forcibly penetrate the female changing room”.

Police are now investigating the allegations, and in future will be called immediately in case of such behaviour.

The local radio station reports the actions of the migrants has caused “outrage”, and a number of sexual harassment of women and girls by migrants has been reported. Migrants have now been banned from the pool until they can be educated at the migrant centres about “behaviour towards woman and girls in swimwear” and the “user regulations of our baths”.

This behaviour in Zwickau is not by any means unique in Germany. Breitbart London has reported on a number of sex attacks on children in swimming baths over the past week, with girls as young as 11 and boys as young as three being targeted by migrant gangs. On one occasion in Munich, a pair of young girls enjoying the waterslide at their local pool were groped, “allegedly under their bathing suits”, “and possibly raped” by a gang of “refugees”.

The men believed to be responsible, Syrian and Afghan asylum seekers, were arrested and released by police.