Lord Brittan refused to ban paedophile ring - well, he wouldn't want to upset his mates, would he? 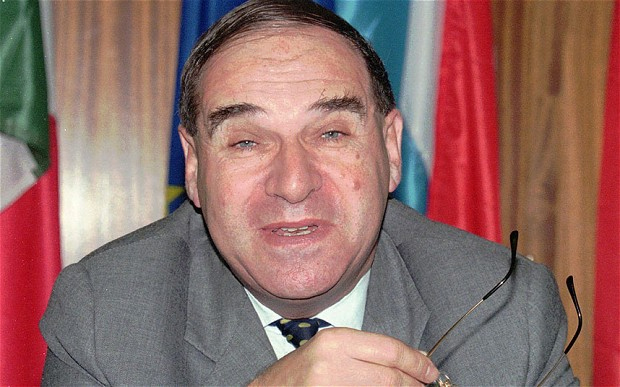 Former Home Secretary Leon Brittan resisted calls to ban a notorious paedophile ring despite warnings some members were "obsessed by the death of children".

Lord Brittan, who died in January, was urged by campaigning MP Geoffrey Dickens to protect kids from "evil people" in the Paedophile Information Exchange (PIE). But documents seen by the Daily Star Sunday reveal former Tory MP Lord Brittan dismissed the idea of banning the group.

His comments were made during a meeting with Mr Dickens in November 1983. A separate letter from Mr Dickens to Lord Brittan shines more light on what top government officials knew about PIE's sick activities.

The then Attorney General reportedly admitted some members were interested in murdering children through “sexual torture”. Campaigners expressed shock at the documents, released under Freedom of Information laws.

Labour MP Simon Danczuk, who led calls for an inquiry into historic abuse, said: “People will be left wondering why a Home Secretary would not want to ban an organisation clearly aimed at sexually abusing children.”

Lord Brittan died before he could be questioned about a missing dossier on high-profile paedophiles given to him by Tory MP Mr Dickens in 1984.

In a letter dated August 17, 1983, Mr Dickens detailed the scale of PIE’s atrocities.

He wrote: “Public opinion requires action on this subject to protect the little children of this country from these evil people.

“Sir Michael Havers, the Attorney General, in a written reply to a Parliamentary Question from me, conceded that within the PIE organisation were people obsessed by the death of children through sexual torture. It is no longer good enough to say that the law is adequate to protect children – it is not!”

The pair then met on November 23, with Mr Dickens again raising the subject of banning PIE. A note of the meeting said Lord Brittan thought “if members of the organisation were doing a mischief, it was the mischief which ought to be banned, not the organisation”.

He said: “Leon Brittan’s logic for not trying to disband PIE makes no sense whatsoever. The idea you can allow an organisation whose aims and objectives were to sexually abuse children to continue is an absolute nonsense.”

Detectives watched premises where boys picked up at King’s Cross were dropped off to be repeatedly raped. Others believed to have been seen entering the dens included MP Cyril Smith and top judges.