A controversial membership law that requires residents of the Mohawk reserve of Kahnawake to move out if they marry a non-native violates the Canadian Charter of Rights and Freedoms, a court ruled Monday.

The ruling by Quebec Superior Court Justice Thomas Davis declares that a 37-year-old rule invoked to preserve Mohawk culture discriminates against Kahnawake members on the basis of family status and civil status.

The judge acknowledged that Kahnawake, just south of Montreal, has been disadvantaged by the actions of the federal government. “An important part of their land was expropriated for the (St. Lawrence) Seaway. The reserved lands have shrunk in size. For many years, the Mohawks were actively discouraged from practicing their culture,” Davis wrote.

But that does not justify an internal law that has sown division and sparked vandalism and online abuse as residents turned against each other.

The judge said the “Marry Out, Get Out” provision of the Kahnawake Membership Law is “largely (if not solely) grounded in a stereotypical belief that non-native spouses will use the resources and land of the Band in a way that is detrimental to it and that will have a negative impact on the ability of the Band to protect its culture and its land.” 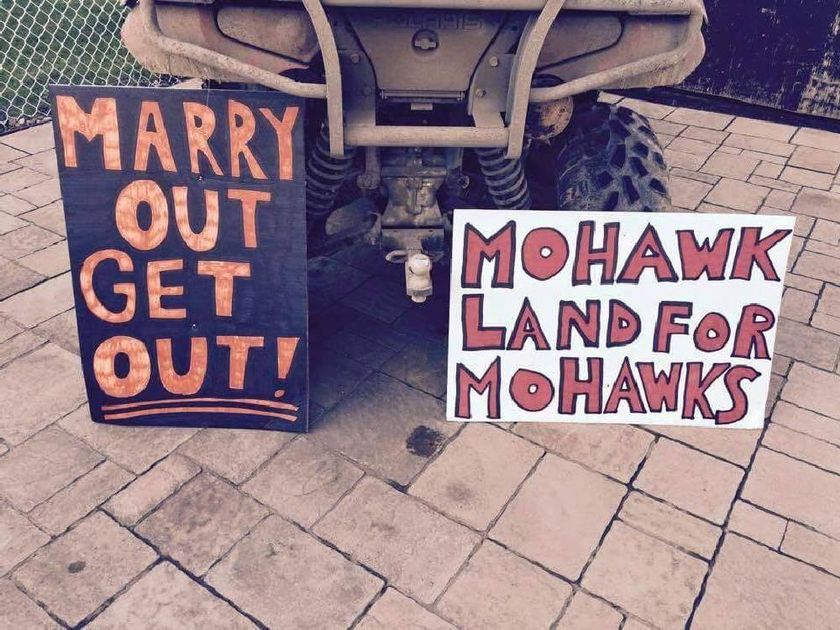