Morality is Modified in the Lab 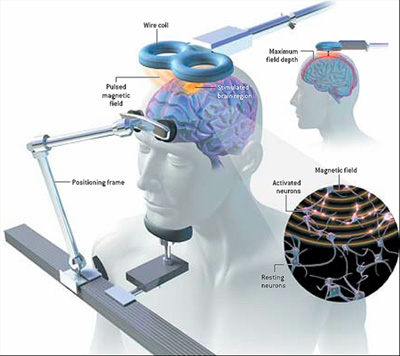 Scientists have shown they can change people's moral judgements by disrupting a specific area of the brain with magnetic pulses.

They identified a region of the brain just above and behind the right ear which appears to control morality.

And by using magnetic pulses to block cell activity they impaired volunteers' notion of right and wrong.

The small Massachusetts Institute of Technology study appears in Proceedings of the National Academy of Sciences.

Lead researcher Dr Liane Young said: "You think of morality as being a really high-level behaviour.

"To be able to apply a magnetic field to a specific brain region and change people's moral judgments is really astonishing."

The key area of the brain is a knot of nerve cells known as the right temporo-parietal junction (RTPJ).

The researchers subjected 20 volunteers to a number of tests designed to assess their notions of right and wrong.

In one scenario participants were asked how acceptable it was for a man to let his girlfriend walk across a bridge he knew to be unsafe.

After receiving a 500 millisecond magnetic pulse to the scalp, the volunteers delivered verdicts based on outcome rather than moral principle.

If the girlfriend made it across the bridge safely, her boyfriend was not seen as having done anything wrong.

In effect, they were unable to make moral judgments that require an understanding of other people's intentions.

Previous work has shown the RTPJ to be highly active when people think about the thoughts and beliefs of others.

In one test, volunteers were exposed to TMS for 25 minutes before reading stories involving morally questionable characters, and being asked to judge their actions.

In a second experiment, volunteers were subjected to a much shorter 500 millisecond TMS burst while being asked to make a moral judgement.

In both cases, the researchers found that when the RTPJ was disrupted volunteers were more likely to judge actions solely on the basis of whether they caused harm - not whether they were morally wrong in themselves.
Morally dubious acts with a "happy" ending were often deemed acceptable.

"The study suggests that this region - the RTPJ - is necessary for moral reasoning.

"What is interesting is that this is a region that is very late developing - into adolescence and beyond right into the 20s.

"The next step would be to look at how or whether moral development changes through childhood into adulthood."