Apr 8, 2014 Source: telegraph.co.uk
Children at one of the state schools taken over by hardline Muslims are being “programmed” and have been “drilled” by their teachers to lie to Ofsted inspectors investigating the plot, according to a parent.

Mohammed Zabar, the father of a 10-year-old girl attending Oldknow Academy in Birmingham, today becomes the first person to speak openly about events at his daughter’s school. 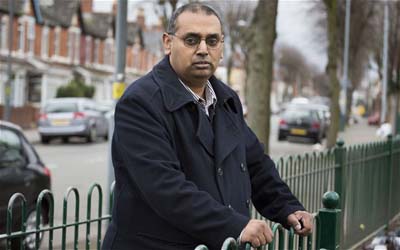 ohammed Zabar is the father of a 10-year-old girl attending Oldknow Academy in Birmingham.
Mr Zabar, 44, decided to break his silence after The Sunday Telegraph described how teachers at the supposedly secular school led children in anti-Christian chanting, stopped them from celebrating Christmas, organised subsidised trips to Mecca and required all pupils to learn Arabic. 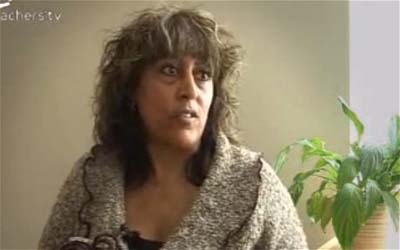 Bhupinder Kondal
The successful non-Muslim head, Bhupinder Kondal, who achieved an Ofsted rating of “outstanding”, has been driven from her post. Four of the six-strong management team have left in the past six months.

“Everything I read in your articles is true,” he said. “The last three or four months have been really difficult. My daughter’s education has been at the back of my mind the whole time.

“It is important for Muslim parents to say that what is happening is wrong, and to stand up against it. The culture I’ve been brought up with is that you mix with all races and communities and this will drive wedges between different communities.”

Mr Zabar spoke out as a former teacher at another school in the city targeted, Park View, told The Sunday Telegraph that he repeatedly witnessed the man who is now effectively Park View’s head giving “mind-blowing” anti-Western assemblies to pupils at the school.

Nigel Sloan, the former head of drama at Park View, said that Mohammed Hussain told pupils in assembly that the Americans were, among other things, “the evil in the world” and “the cause of all famine”.

Mr Sloan said: “I heard Mr Hussain say those words. It was always anti-American, anti-Western propaganda. Some of his assemblies were so anti-American in their content as to be mind-blowing.”

Mr Hussain, a maths teacher at the time, is now Park View’s principal, effectively its head teacher. His nominal superior, the school’s respected executive head, Lindsey Clark, has told Ofsted inspectors that she has been marginalised by Mr. Hussain and the hardline chairman of governors, Tahir Alam.

Serving staff at Park View have told The Sunday Telegraph and the BBC’s Today programme that a senior teacher there praised the al-Qaeda ideologue, Anwar al-Awlaki, at assemblies.

It can also be disclosed that the same senior teacher is a person of interest to West Midlands Police, which have arrested his brother and questioned him about the senior teacher’s comments.

Mr Sloan, now a department head at another school, said: “Park View thought I was too Westernised. I used to talk to the kids about motorbikes and rock music, so they tried to push me out. The kids would tell me that they were being warned against me in the local mosques.”

He said that one day he was approached by a female pupil out of the blue and asked whether she should wear the veil.

“I told her I thought that would be a shame, and then that was the sole basis for a trumped-up allegation of racism against me,” he said.

“I just felt that the situation at the school was untenable and I got another job before they could take it any further.”

Park View’s leadership and management have been rated “inadequate” by Ofsted in a report expected to be published soon.

Oldknow will be inspected this week as part of a widening investigation ordered by Michael Gove, the Education Secretary, into claims that Birmingham schools have been targeted by radical Muslims in an organised plot.

Mr Zabar said his daughter had been told by a teacher at the school to lie to the inspectors if they spoke to her.

“The teacher said all of the stories about the school were untrue and if anyone from Ofsted speaks to you, you have to tell them what we are telling you to say,” he said.

“Two weeks ago I asked my daughter about what was happening with the head, and she recited, ’Miss Kondal is off sick at the moment. Her sicknote ends at the end of March and then we will wait and see what happens.’

“Those were my daughter’s exact words. It’s not how a child would speak – it’s as if she’d been drilled in exactly what to say. I don’t send her to school to have the teacher brainwash or programme my child.”

Mr Zabar said his daughter, who does not wear a headscarf, “comes back from school saying she’s been told her hair is un-Islamic, or that trousers are not Islamic”.

He added: “We as parents are on the ball, we are looking out for the signs [of radicalisation] and we are trying to counter them, but it’s almost like the poor girl is stuck in the middle between us and the school.

“We’ve tried to protect her as much as possible from it but it’s not fair to her.”

According to staff at Oldknow, the school has been making other preparations to receive the inspectors when they arrive tomorrow. A trip to a synagogue has been hastily arranged and pupils have been ordered to make Easter cards in an attempt to show that the school is not hostile to other faiths.

One staff member said the head teacher’s PA, who has close knowledge of the circumstances of Miss Kondal’s departure, was sent home sick last week. The acting head, Jahangir Akbar, has called staff together and explicitly threatened them with dismissal if they talk freely to outsiders, the staff member said.

Mr Zabar said that at a meeting with Mr Akbar and other teachers on Friday afternoon, he and several other Muslim parents raised strong concerns about events at the school, including the anti-Christian chanting in assembly led by Asif Khan, the Arabic teacher. After initially denying his involvement, both Mr Khan and the acting head confirmed it, Mr Zabar said.

“Another Muslim parent asked what had happened about Christmas,” Mr Zabar said. “Mr Akbar said the Christmas festivities didn’t go ahead because the children weren’t getting good enough grades. The parent replied, so why do you take them out in term time to do Umrah [the Muslim lesser pilgrimage to Mecca] then?”

Another Muslim parent complained that his calls and emails of concern were never answered by the school.

Mr Zabar said the claims of “racism” and “Islamophobia” made by Oldknow and Park View against their critics were “insulting”.

He said: “The charge of Islamophobia is sometimes bandied around to deter people from approaching this issue. But there are many Muslim parents raising concerns and this is not about religion.

“It is about our children receiving a balanced all-round education and giving them what they need to live in British society today.

“If you want to have a religious education, the schools are there. But I chose to send my child to a non-religious school and by changing it they are denying me that choice. They think that in this society children are corrupt and have been misled. They think they have the duty to substitute their judgment for my duty as a parent.”

Mr Zabar tried to raise his concerns in a meeting with Mr Akbar before Christmas, but said the then deputy head “shouted me down and wouldn’t give me the chance to speak. He was rude, obnoxious and abusive and in the end I walked out”.

Mr Zabar said that at the meeting on Friday, Mr Akbar apologised for his behaviour. Mr Zabar, who has five children, said his oldest two had gone through Oldknow without problems.

“Eleven years we’ve had children going through that school and we’ve not had an issue until last year,” he said. “I am adamant that unless something seriously changes my youngest two are not going to the school.”

Mr Zabar, who has complained to his MP, Liam Byrne, about the school, said he was frustrated at the lack of accountability for schools like Oldknow, which have become academies with much more freedom from local authority and government control.

“When we complained we were pretty much told that they were an academy, they can do what they want,” he said. “It shouldn’t have to get to this situation for someone to start paying attention. I shouldn’t have to contact my MP, there should be a phone number you can call.”

Mr Zabar said he had thought carefully about his decision to go public but said: “I have to do something now, there’s no other option. I am hoping that by being the first person to go on the record, it will encourage other parents to speak out.”

Mr Akbar, Oldknow’s acting head, denied that any children had been drilled or that staff had been threatened.

A spokesman for Park View said that no anti-American views had been expressed at assemblies and that Mr Sloan had been suspended after allegations of racism were made against him.