Mysteries Of The Pineal Gland 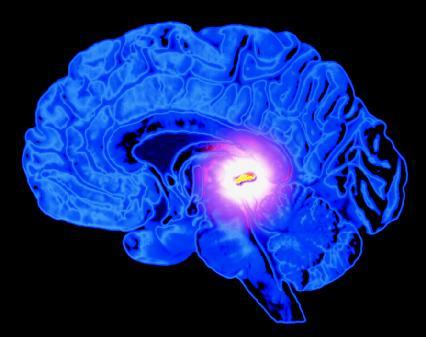 Scientists have been mystified by the pineal gland for centuries. As the brain and central nervous and endocrine systems were progressively unraveled by the anatomists, physiologists and biochemists, the pineal gland resolutely refused to yield up its secrets. Until recently the scientific community regarded it as having no function in man, being but a vestigial remnant from an earlier stage in evolution. However, in the last few years interest in the gland has reached a climax when no fewer than ten national and international conferences devoted entirely to unravelling the secrets of the mysterious pineal have been held around the world. 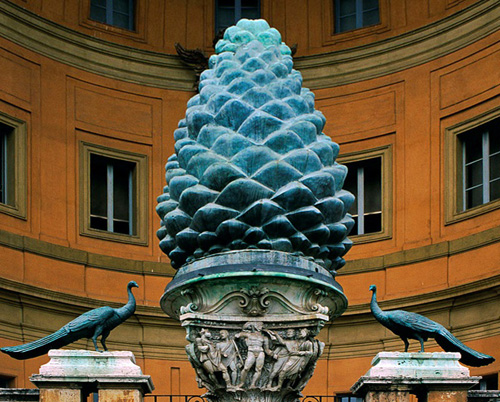 Physically, the pineal is perhaps the smallest organ of the body. Such a minute structure has rarely, if ever, caused so much curiosity and commotion. It is a tiny grey white structure approximately ¼ inch long, weighing about 100 milligrams, and shaped like a pine-cone. It is located directly at the top of the spinal cord within the brain at the level where the head and neck are joined. It lies attached to the roof of the third ventricle (fluid filled canal) of the brain directly in line with the point between the eyebrows. It is the only structure in the brain, apart from the pituitary gland, which is not bilaterally symmetrical, lying right in the midline. This means that, except for these two glands, the two halves of the brain when it has been cut from front to back, are mirror images of each other, with each structure being duplicated, one for each half.

It is interesting to trace the scientific history of the pineal gland to the present day. The ancients attached great significance to this tiny structure. The Greek anatomist Herophilis, in the 4th century B.C. called the gland ‘a sphincter which regulates the flow of thought’. This suggests that he was well aware that the pineal functions as a transducer between the mental and physical realms. The early Latin anatomists termed the pineal ‘the master gland’ indicating that they knew the pineal exerts a higher control over the endocrine system, including the pituitary gland. Up until very recently, modern endocrinologists have considered the pituitary to be the highest controlling gland of all the other endocrine glands of the body. The Latins termed the pineal the ‘glandula superior’ in distinction to the pituitary which they termed ‘glandula inferior’. They clearly designated the pineal to be a ‘gland’, even though it was not until 1958 that modern researchers isolated melatonin from the pineal to prove conclusively that it was a glandular structure.

In 1886 two micro anatomists, H.W. De Graff and E. Baldwin Spencer, independently discovered that the pineal is a rudimentary eye, possessing all the essential features of the external eyes with pigmented, retinal cells surrounding an inner chamber filled with a globular lens like mass. Subsequent research has proved that the gland actually responds to environmental light, both directly and via the nervous pathways from the external eyes. *1 It is surely beyond a coincidence that the yogic texts of India and the mystical traditions throughout the ages have spoken of the ‘eye of intuition’ and the ‘third eye’ when referring to the pineal gland.

In recent years, two hormones, melatonin and serotonin, have been isolated from the pineal. The hormone melatonin (Greek for darkness, constricting) was isolated from the pineal gland in 1958 by Aaron B. Learner, an American dermatologist working at Yale Medical School (USA). This substance has been found to be responsible for the ability of certain frogs and fish to change colour in response to varying environmental light conditions and also to changes in emotional states such as anger and fear. It has subsequently been found to play a profound role in the onset of puberty and ongoing sexual development in human beings. It is found that the size and functional capacity of the pineal gland diminishes as children enter the pubertal years. The gland appears to hold back the onset of sexual development, and the release of this control by the pineal is the stimulus for the release of the pituitary’s sexual hormones which bring about the awakening of the reproductive systems in the male and female, and precipitate the adoption of a sexual role in life.

Read the full article at: wakingtimes.com