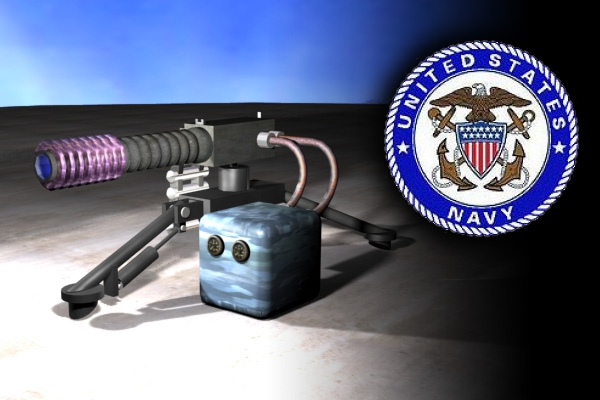 The US Navy announced a successful test Friday of an electromagnetic cannon capable of firing a projectile 110 nautical miles (200 kilometers) at five times the speed of sound.

"This demonstration moves us one day closer to getting this advanced capability to sea," said Rear Admiral Nevin Carr, chief of naval research.
Tested at the Navy's Dahlgren Surface Warfare Center in Virginia, the futuristic weapon uses powerful jolts of electric current to propel a non-explosive slug along rails before launching it at supersonic velocities.

The latest test involved a 33-megajoule shot, the most powerful ever attempted and three times that of the previous test in January 2008.
A megajoule is equivalent to the energy released when a one-tonne vehicle slams into a wall at 100 miles (160 kilometers) per hour.

"The 33-megajoule shot means the Navy can fire projectiles at least 110 nautical miles, placing sailors and marines at a safe standoff distance and out of harm's way."

He added that "the high velocities achievable are tactically relevant for air and missile defense."

The test model bears little resemblance to a gun. Instead, thick black cables plug into the rear of what looks like a long rectangular grill.
That armature holds the rails together as a powerful electric current surges through them, pushing the slug forward.