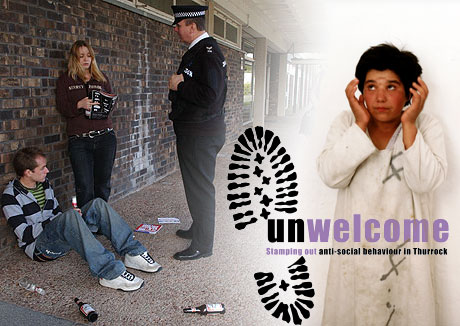 The House of Lords is carrying out a detailed consideration of proposals to introduce new mental health laws.
The new government bill would allow the enforced detention of people who are mentally ill, even if they have not committed any crime.

It also suggests strengthening powers established in 1983 to ensure patients have therapy once they are released back into the community.

Critics of the bill say it would fail to safeguard the rights of patients.

"We have made it very clear in the bill that appropriate treatment has to be available for detention to take place," she said.

Current laws do not allow people with severe personality disorders who have committed no offence to be detained.

The government wants to give the right to force patients who have been released into the community to take their medication, even if they do not want to.

It also wants to allow the detention of people with personality orders who are described as untreatable, even if they have not committed a crime.

Doctors and campaigners argue the bill erodes the rights of patients without making the public any safer.

An amendment to ensure a set of guiding principles protecting patients' rights was debated.

Broadcaster and writer Lord Bragg, who takes the Labour whip, said this was of "crucial importance."

He said: "People should retain as much autonomy as possible. People may have decision-making ability over many of the areas where decisions need to be made.

"It may be necessary for someone to receive treatment under compulsory powers, but they may have views and knowledge about which treatments have previously helped or harmed them."

He added: "People should be supported to make their own decisions where possible and given the same choices as people with physical health conditions."

The bill was promised in the Queen's Speech and comes after previous attempts to change the act were thwarted by opposition from campaigners and doctors.

The government published a draft Mental Health Bill in 2002, but dropped it last March.

Instead of replacing the old laws, the latest bill proposes amending the existing Mental Health Act from 1983.

Health Minister Lord Hunt said the proposed amendment was not appropriate in a bill that sought not to re-write the law completely but merely to amend the old act.

Conservative Lord Howe, who did not put his amendment to a vote, said: "I urge the government to be bold, to use this opportunity to put the legislation into a context of values and, in so doing, to make a real difference to mental health patients."

About 50 Labour MPs have already signalled their intention to oppose the bill, which would apply to England and Wales.

The changes would affect about 14,000 of the 600,000 people who use mental health services each year.

The desire to change the law was largely driven by Michael Stone's 1998 conviction for the murders of Lin and Megan Russell.

Ed comment: Just wait until ”Anti-social Behavior” is classed as Mental Illness or merged with these new mental health laws. Conform to the norm or be detained and forced on medication. Coming soon to a new world order near you!

Queens’s 2006 speech, all about new government laws and legislation