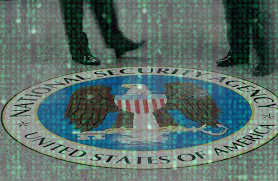 A special hacking unit of the U.S. National Security Agency intercepts deliveries of new computer equipment en route to plant spyware, according to a report on Sunday from Der Spiegel, a German publication.

The method, called “interdiction,” is one of the most successful operations conducted by the NSA’s Office of Tailored Access Operations (TAO), which specializes in infiltrating computers, wrote the publication, citing a top-secret document.

”If a target person, agency or company orders a new computer or related accessories, for example, TAO can divert the shipping delivery to its own secret workshops,” Der Spiegel wrote.

The workshops, called “load stations,” install malware or hardware components that give the NSA access to the computer, it wrote.

Der Spiegel did not say where the documents were obtained, although it is one of several news outlets, including The Washington Post and The Guardian, which possess information leaked by former NSA contractor Edward Snowden. He is not mentioned in the story, which was co-authored by filmmaker Laura Poitras, whom Snowden contacted.

The documents leaked by Snowden have prompted a U.S. government review of the NSA’s spying activities and its impact on civil liberties and law. Technology companies, calling for stronger privacy controls, contend the agency’s tampering with their networks could undermine their businesses.

Der Spiegel wrote that a 50-page “product catalog” it viewed from the NSA described a division called “ANT,” which specializes in engineering access to products from companies such as firewall maker Juniper Networks, networking giants Cisco Systems and Huawei Technologies, and Dell.

”For nearly every lock, ANT seems to have a key in its toolbox,” the publication wrote.

Another internal NSA presentation showed the agency has access to crash reports sent by computers to Microsoft, Der Spiegel reported. A prompt is sometimes shown during certain problems with Windows, and users are asked if they’d like to send an automated report to the company.

Der Spiegel wrote that the presentation indicated the NSA can intercept these reports from a sea of internet traffic using its XKeyscore tool, an internet monitoring tool revealed in July by The Guardian.

Intercepting the reports “appears to have little importance in practical terms” but provides insights into a targeted person’s computer, Der Spiegel wrote.

Read the full article at: pcworld.com

The NSA’s TAO hacking unit is considered to be the intelligence agency’s top secret weapon. It maintains its own covert network, infiltrates computers around the world and even intercepts shipping deliveries to plant back doors in electronics ordered by those it is targeting.

In January 2010, numerous homeowners in San Antonio, Texas, stood baffled in front of their closed garage doors. They wanted to drive to work or head off to do their grocery shopping, but their garage door openers had gone dead, leaving them stranded. No matter how many times they pressed the buttons, the doors didn’t budge. The problem primarily affected residents in the western part of the city, around Military Drive and the interstate highway known as Loop 410.

In the United States, a country of cars and commuters, the mysterious garage door problem quickly became an issue for local politicians. Ultimately, the municipal government solved the riddle. Fault for the error lay with the United States’ foreign intelligence service, the National Security Agency, which has offices in San Antonio. Officials at the agency were forced to admit that one of the NSA’s radio antennas was broadcasting at the same frequency as the garage door openers. Embarrassed officials at the intelligence agency promised to resolve the issue as quickly as possible, and soon the doors began opening again.

It was thanks to the garage door opener episode that Texans learned just how far the NSA’s work had encroached upon their daily lives. For quite some time now, the intelligence agency has maintained a branch with around 2,000 employees at Lackland Air Force Base, also in San Antonio. In 2005, the agency took over a former Sony computer chip plant in the western part of the city. A brisk pace of construction commenced inside this enormous compound. The acquisition of the former chip factory at Sony Place was part of a massive expansion the agency began after the events of Sept. 11, 2001.

One of the two main buildings at the former plant has since housed a sophisticated NSA unit, one that has benefited the most from this expansion and has grown the fastest in recent years -- the Office of Tailored Access Operations, or TAO. This is the NSA’s top operative unit -- something like a squad of plumbers that can be called in when normal access to a target is blocked.

According to internal NSA documents viewed by SPIEGEL, these on-call digital plumbers are involved in many sensitive operations conducted by American intelligence agencies. TAO’s area of operations ranges from counterterrorism to cyber attacks to traditional espionage. The documents reveal just how diversified the tools at TAO’s disposal have become -- and also how it exploits the technical weaknesses of the IT industry, from Microsoft to Cisco and Huawei, to carry out its discreet and efficient attacks.

The unit is "akin to the wunderkind of the US intelligence community," says Matthew Aid, a historian who specializes in the history of the NSA. "Getting the ungettable" is the NSA’s own description of its duties. "It is not about the quantity produced but the quality of intelligence that is important," one former TAO chief wrote, describing her work in a document. The paper seen by SPIEGEL quotes the former unit head stating that TAO has contributed "some of the most significant intelligence our country has ever seen." The unit, it goes on, has "access to our very hardest targets."

Read the full article at: spiegel.de