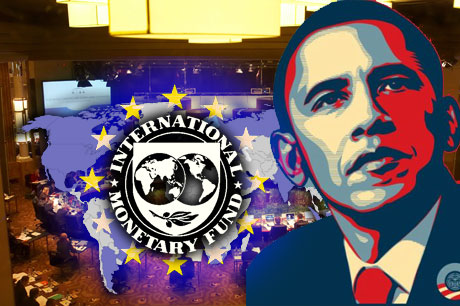 The Obama administration will play a big role in "reinventing" the international system, especially on the financial side, in strong partnership with the EU, US foreign policy expert David J. Rothkopf said on Wednesday.

A former trade offical in the Clinton administration and a consultant on foreign affairs and emerging markets, Mr Rothkopf was talking from Washington during a video-conference organized by the Brussels branch of the Carnegie Endowment for International Peace, an international think-tank associated with the US State Department.

"President Obama will play a bigger role in re-inventing the international system than any other president before in past decades," Mr Rothkopf argued, with a number of organisations and treaties badly needing an "update" or to be replaced altogether – ranging from the stalled Doha round of trade talks known to the non-proliferation treaty, as well as outdated bodies such as the G7 or the International Monetary Fund that don't include the emerging economies such as China.

US-EU relations will "clearly" improve, with a second trip to Europe probably taking place in the first months of his mandate, Mr Rothkopf said.

The tendency of the Democratic Party to be "more comfortable" with multi-lateralism and listening to its European partners will also contribute to improving relations, he said.

But there was also a "necessity" for this partnership to improve, Mr Rothkopf argued.

"We can't do things alone, we need partnerships and burden sharing. I would expect a debate within NATO about a broader role and sense of burden sharing," he said, mentioning Afghanistan as an example where European help is needed.

"Problems within Europe are going to have an impact on this as much as US obligations are, to the extent that the EU is divided on some of the big issues of the time and on the nature of the common foreign policy and common defence policy," Mr Rothkopf added.

Mr Rothkopf emphasised the need for a global financial regulator – something the G20 meeting in Washington on 15 November is still unlikely to agree upon, with the outgoing Bush administration opposing this idea and the Obama team yet not in charge.

But G20 leaders would probably agree to meet again in the first months of 2009, when both the creation of such a body, as well as the reform of the IMF could take a more concrete shape.

He spoke of a "regulatory renaissance" and of of "fusion capitalism", by which he means seeing European and Asian visions of capitalism and how markets are to be regulated take greater prominance on the international stage, and not just the so-called Washington Consensus. Yet on the down side, Mr Rothkopf warned against "blazing new trails on protectionism" that would isolate economies and only aggravate problems.

In terms of what a global financial regulator would look like, Mr Rothkopf mentioned the EU as an example of "creating super-national structures," while also noting the problem of enforcement. "Getting everybody in a room and agreeing on principles is easy – this is what we are probably going to get on 15 November – but next year we'll see whether we'll get institutions that have the ability to enforce new global standards on the international financial markets. That's going to be the challenge," he said.

Any financial agreement would also foresee a leadership role for the US, in coalition with the EU and other countries, Mr Rothkopf projected.