One in Five Americans Participates in Government Assistance Programs Each Month 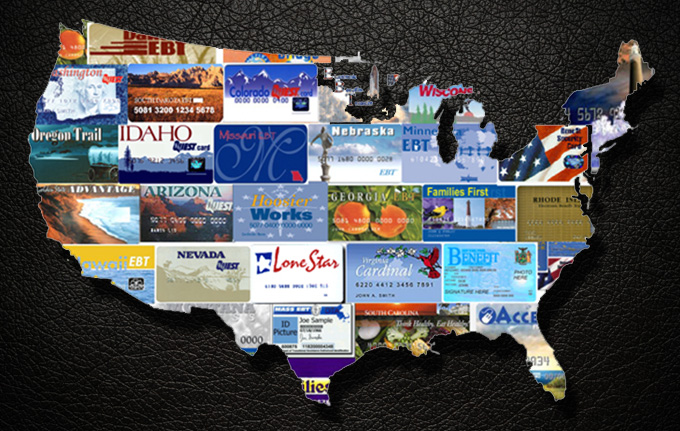 One in five Americans participates in government assistance programs each month, according to the most recent data released by the U.S. Census Bureau.

“Approximately 52.2 million (or 21.3 percent) people in the U.S. participated in major means-tested government assistance programs each month in 2012,” according to the Census Bureau’s report.

The number of beneficiaries of these means-tested programs has increased significantly over the last decade. According to the Census, in 2004 there were nearly 42 million monthly recipients of these programs. Between that year and 2012, monthly participation increased by 24.9 percent. 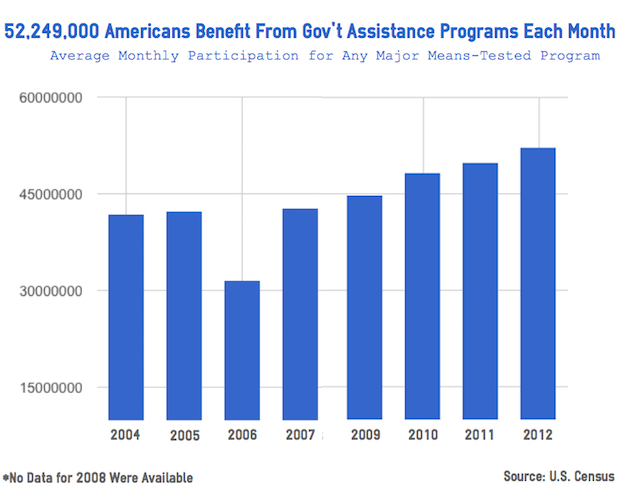 In order to qualify for benefits from a means-tested program, an individual or family’s income must fall below a specified threshold.

The Census collects this data by observing the number of months when individuals received benefits from one or more programs and measuring their entry and exit activity.

Most beneficiaries of these programs are dependent on them for up to four years. “The largest share of participants (43.0 percent) in any of the public assistance programs stayed in the programs between 37 and 48 months,” according to the Census. “Additionally 31.2 percent of people participated between one and 12 months between January 2009 and December 2012.”<