Pope Benedict, Joseph Ratzinger, has scheduled a meeting with Italian President Giorgio Napolitano for Saturday, February 23 to discuss securing protection and immunity from prosecution from the Italian government, according to Italian media sources.

Ratzinger’s meeting follows upon the apparent receipt by the Vatican of a diplomatic note from an undisclosed European government on February 4, stating its intention to issue an arrest warrant for Ratzinger, who resigned from his pontificate less than a week later.

In response to the February 23 meeting, the International Tribunal into Crimes of Church and State (ITCCS), through its field Secretary, Rev. Kevin Annett, has written to President Napolitano, asking him to refrain from assisting Ratzinger in evading justice.

The ITCCS letter states, in part,

"I need not remind you, Mr. President, that under international law and treaties that have been ratified by Italy, you and your government are forbidden from granting such protection to those like Joseph Ratzinger who have aided and abetted criminal actions, such as ordering Bishops and Cardinals in America and elsewhere to protect known child rapists among their clergy.

"Your obligation to the Vatican through the Lateran Treaty does not negate or nullify the requirements of these higher moral and international laws; nor does it require that you give any protection or immunity to a single individual like Joseph Ratzinger, especially after he has left his papal office."

A copy of the complete text of the ITCCS letter follows.

In response to the documented crimes of child torture, trafficking and genocide linked to Pope Benedict and Vatican officials, the ITCCS will be sponsoring a series of ongoing protests and occupations of Roman Catholic churches and offices through its affiliates around the world beginning in Easter week, March 24-31, 2013, and continuing indefinitely.

These actions will accompany the legal efforts to bring Joseph Ratzinger and other Vatican officials to trial for their proven complicity in crimes against humanity and criminal conspiracy.

The Easter Reclamation Campaign will seize church property and assets to prevent their use by child raping priests, who are protected under Catholic canon law. Citizens have this right to defend their communities and children when the authorities refuse to do so, under international law.

Rev. Kevin Annett and an official delegation from the ITCCS Central Office will also be convening a formal human rights inquiry in Rome commencing the week of May 13, 2013, to consider further charges against the Vatican and its new Pope for crimes against humanity and obstruction of justice.

Rev. Annett and his delegation will be working with organizations across Italy in this investigation. In 2009 and 2010, he held rallies outside the Vatican and met with media and human rights groups across Italy to charge the Vatican with the death of more than 50,000 aboriginal children in Canada.

An Open Letter and Appeal to Giorgio Napolitano, President of the Republic of Italy from Rev. Kevin D. Annett, Secretary of the International Tribunal into Crimes of Church and State

Read the full article at: itccs.org

Pope Benedict’s decision to live in the Vatican after he resigns will provide him with security and privacy. It will also offer legal protection from any attempt to prosecute him in connection with sexual abuse cases around the world, Church sources and legal experts say.

“His continued presence in the Vatican is necessary, otherwise he might be defenseless. He wouldn’t have his immunity, his prerogatives, his security, if he is anywhere else,” said one Vatican official, speaking on condition of anonymity. 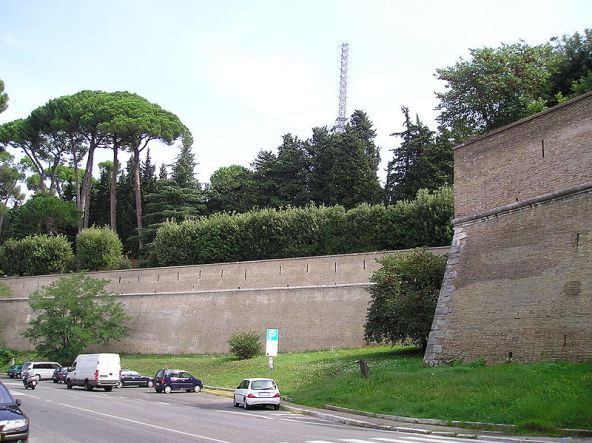 The Vatican’s defensive walls, 19 Dec 2005
“It is absolutely necessary” that he stays in the Vatican, said the source, adding that Benedict should have a “dignified existence” in his remaining years.

Vatican sources said officials had three main considerations in deciding that Benedict should live in a convent in the Vatican after he resigns on February 28.

Vatican police, who already know the pope and his habits, will be able to guarantee his privacy and security and not have to entrust it to a foreign police force, which would be necessary if he moved to another country.

“I see a big problem if he would go anywhere else. I’m thinking in terms of his personal security, his safety. We don’t have a secret service that can devote huge resources (like they do) to ex-presidents,” the official said.

Another consideration was that if the pope did move permanently to another country, living in seclusion in a monastery in his native Germany, for example, the location might become a place of pilgrimage. 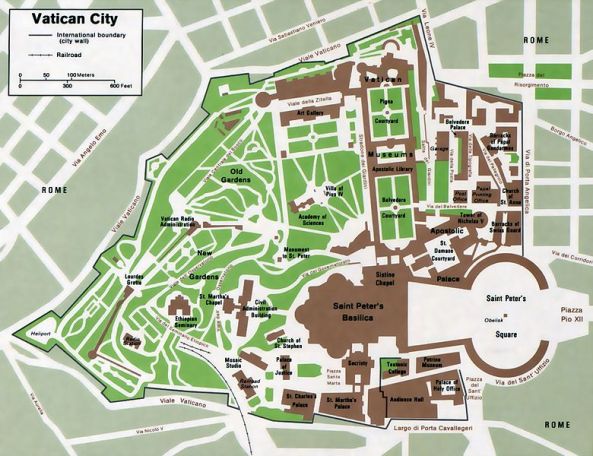 Read the full article at: blogs.reuters.com