Professor: Robots to Patrol Cities by 2040 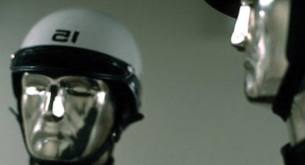 Robots will be patrolling cities by 2040 according to Professor Noel Sharkey, who predicts their tasks will include asking for ID, tasering and arresting suspects as well as crowd control.

In an article entitled 2084: Big robot is watching you, Sharkey, a robotics professor at the University of Sheffield, forecasts a world in which the jobs of surveillance, security and law enforcement have largely been handed over to artificial intelligence.

WIthin the next 30 years, Sharkey asserts that, “Humanoid walking robots would be more in use for crowd control at games, strikes and riots. Robots will patrol city centres and trouble spots where fights are likely to break out.”

“Robots will have reasonable speech perception and be able to ask questions and respond to answers. What is your ID number? What are you doing here? Move along. They may work in teams of tracked robots with non-lethal weapons (e.g. Tasers or nets) and be on call for diffusing difficult situations and arresting people,” adds Sharkey.

As well as performing more mundane tasks like checking tickets and throwing people out of events, robots will also “be able to spray a crowd with RFID tag darts or some futuristic equivalent so that people can be tracked after the crowd has been dispersed,” writes Sharkey.

By 2070, the professor predicts that robots will take on a human appearance and will be able to deploy swarm intelligence technology that will “make escape from capture impossible.” Robot police cars will also roam streets scanning license plates and deduct speeding fines from bank accounts automatically.

Sharkey has become a prominent voice in warning about how DARPA’s fleet of robots, which are ostensibly being developed for “humanitarian” and “emergency response” purposes, are in fact being designed to kill.

Read the full article at: rinf.com