Professor: We have a 'moral obligation' to seed universe with life - Panspermia

Directed panspermia missions could target interstellar clouds such as the Rho Ophiuchus cloud complex located about 500 light-years away. This view spans about five light-years across. The false-color image is taken from the Spitzer Space Telescope.

Eventually, the day will come when life on Earth ends. Whether that’s tomorrow or five billion years from now, whether by nuclear war, climate change, or the Sun burning up its fuel, the last living cell on Earth will one day wither and die. But that doesn’t mean that all is lost. What if we had the chance to sow the seeds of terrestrial life throughout the universe, to settle young planets within developing solar systems many light-years away, and thus give our long evolutionary line the chance to continue indefinitely?

According to Michael Mautner, Research Professor of Chemistry at Virginia Commonwealth University, seeding the universe with life is not just an option, it’s our moral obligation. As members of this planet’s menagerie, and a consequence of nearly 4 billion years of evolution, humans have a purpose to propagate life. After all, whatever else life is, it necessarily possesses an incessant drive for self-perpetuation. And the idea isn’t just fantasy: Mautner says that “directed panspermia” missions can be accomplished with present technology.

“We have a moral obligation to plan for the propagation of life, and even the transfer of human life to other solar systems which can be transformed via microbial activity, thereby preparing these worlds to develop and sustain complex life,” Mautner explained to PhysOrg.com. “Securing that future for life can give our human existence a cosmic purpose.”

As Mautner explains in his study published in an upcoming issue of the Journal of Cosmology, the strategy is to deposit an array of primitive organisms on potentially fertile planets and protoplanets throughout the universe. Like the earliest life on Earth, organisms such as cyanobacteria could seed other planets, digest toxic gases (such as ammonia and carbon dioxide on early Earth) and release products such as oxygen which promote the evolution of more complex species. To increase their chances of success, the microbial payloads should contain a variety of organisms with various environmental tolerances, and hardy multicellular organisms such as rotifer eggs to jumpstart higher evolution. These organisms may be captured into asteroids and comets in the newly forming solar systems and transported from there by impacts to planets as their host environments develop.

Mautner has identified potential breeding grounds, which include extrasolar planets, accretion disks surrounding young stars that hold the gas and dust of future planets, and - at an even earlier stage - interstellar clouds that hold the materials to create stars. He explains that the Kepler mission may identify hundreds of biocompatible extrasolar planets, and astronomers are already aware of several accretion disks and interstellar clouds that could serve as targets. These potential habitats range in distance from a few light-years to 500 or more light-years away.

To transport the microorganisms, Mautner proposes using sail-ships. These ships offer a low-cost transportation method with solar sails, which can achieve high velocities using the radiation pressure from light. The microorganisms could be bundled in tiny capsules, each containing about 100,000 microorganisms and weighing 0.1 micrograms. Mautner predicts that the most challenging part of the process would be the precise aiming required in order for a mission to arrive at its target destination after hundreds of thousands, or even millions, of years of travel.

Accounting for the difficulties of each of the steps involved, Mautner has calculated how many microbial capsules would be needed to ensure a reasonable probability of success. He concludes that a few hundred tons of microbial biomass “can seed dozens of new solar systems in an interstellar cloud with life for eons.” With launch costs of $10,000/kg, this amount of biomass would cost about $1 billion to launch. If we can aim precisely at planets in nearby solar systems, the mission would require significantly fewer capsules, smaller biomass, and lower costs. Mautner predicts that, while the technology is currently available, such an initiative will be easier to implement as space infrastructure develops and launch costs decrease.

As Mautner notes, several scientists have previously proposed ways to seed planets (notably, Venus and Mars) in our own solar system with microorganisms in order to alter the atmosphere and possibly make them habitable for humans. Also, some theories suggest that, on Earth, life-supporting nutrients and materials - or even life itself - may have come from somewhere else in the universe, arriving here on meteors, asteroids, and comets. In a sense, Mautner’s proposal would simply be helping life’s planet-hopping journey continue.

But, some critics might ask, what if extraterrestrial life already exists somewhere else, and we infect it with our own invasive genetic material? First of all, Mautner explains that we can minimize these chances by targeting very primitive locations where life could not have evolved yet. In addition, he argues that, since extraterrestrial life is not currently known to exist, our first concern should be with preserving our family of organic gene/protein life that we know exists.

In the long term, Mautner is hopeful that life can continue existing beyond our home planet. Using techniques from astroecology based on the energy output of stars, he calculates that the amount of sustainable life can be significant in other neighborhoods of the universe. Of course, it’s impossible to know for sure how everything will turn out after we’re long gone. 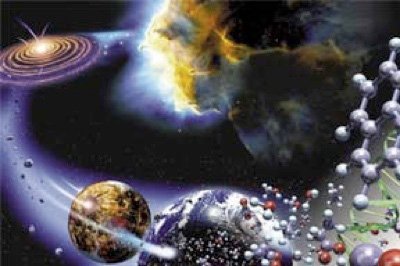 “May life last indefinitely?” he writes. “The habitable lifetime of the galaxy may depend on the dark matter and energy. These forces may need to be observed for many more eons to predict their future behaviour. During those cosmological times our descendants may understand nature more deeply and seek to extend life indefinitely.”

Book: “Seeding the Universe with Life: Securing Our Cosmological Future” (available at amazon.com and ebookmall.com)

Websites:
Directed panspermia and the Society for Life in Space (SOLIS): panspermia-society.com
Astroecology and the future of life: www.Astro-Ecology.com
Ethical aspects: astroethics.com