Pyramid of the Sun Turning to Dust

Mar 10, 2014 By Henrik Palmgren | redice.tv
All we are is dust in the wind, so the saying goes, but it’s troubling when it happens to great ancient monuments that we assume will be around forever. 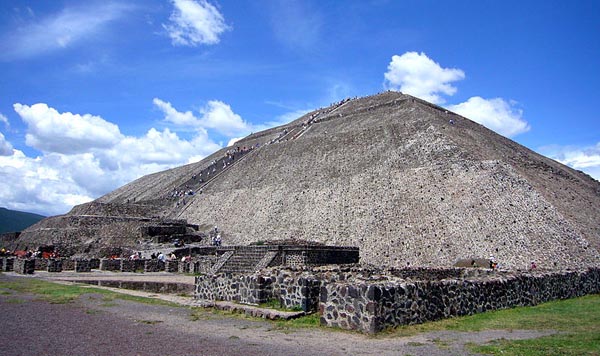 The Pyramid of the Sun may fall apart. One side is dry while another side is wet, which could lead to the pyramid’s collapse unless a fix can be found.

Between the 1st and 7th centuries, Mexico’s Pyramid of the Sun was at the heart of the largest city in the Americas. Now known as Teotihuacan, the lost city had a population of more than 125,000, making it one of the biggest in the world. The pyramid itself is among the largest on the planet. Its exterior is covered with 3 million tonnes of volcanic rock, but the interior is a mound of earth.

The team was looking for internal chambers, but none was apparent. In contrast, the nearby Pyramid of the Moon contains royal tombs.

Instead they found a problem: the density of the earth in the pyramid is at least 20 per cent lower on one side than the other. "The pyramid is at risk of collapsing if something isn’t done," says Menchaca.