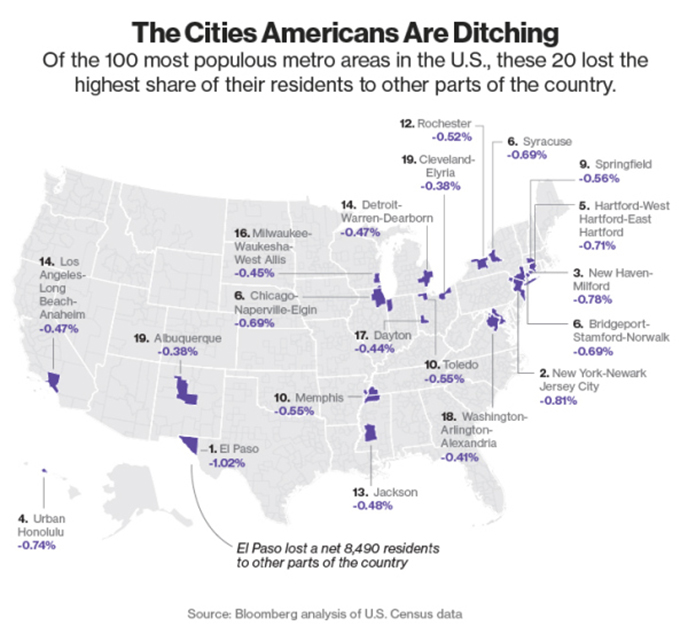 When the Department of Housing and Urban Development’s (HUD) new regulations were unveiled this month, it left some of us asking “why now?”

Well, a likely reason is that there is an ongoing White flight from US cities, as non-White immigrants are brought in and they become minority White.

This theme is common among the top 20 metropolitan areas, featured in the map above.

Michael Stoll, a professor of public policy and urban planning at the University of California Los Angeles, says that some White Americans moved out of the cities due to property prices and lack of jobs, and then non-White immigrants are being moved in instead.

And that is probably why HUD is being granted the legal authority to sue areas which don’t do as they say, and get rid of all those big bad White neighborhoods.

You see, it’s hard to “diversify” us evil racist Whites, when there is White flight. These anti-Whites cannot stop White flight without stepping over freedom of movement. The only thing they can do is to make sure they chase us around the country, like a game of tag, only involving White genocide.

You heard it here first folks: “Diversity” doesn’t stop until every last White area is gone. It’s nothing more than a policy of White genocide.