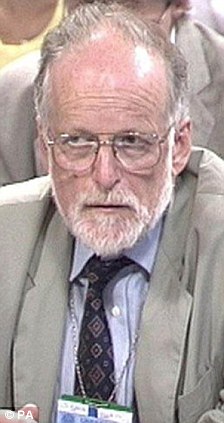 Fresh doubts have been raised over how Dr David Kelly, [left] died after police admitted no fingerprints were found on the packs of pills he supposedly overdosed on.

The public inquiry into Dr Kelly’s death found the weapons expert killed himself by slashing his wrist with a pruning knife and taking ‘an excess amount of co-proxamol tablets’.

Three blister packs of the painkiller, each able to hold ten pills, were retrieved from Dr Kelly’s coat pocket when his body was found in woods near his home.

Only one tablet remained, leading his post mortem examination report to state he may have taken up to 29 pills.

Co-proxamol ingestion is listed as a cause of death on his death certificate.

But Thames Valley Police has now revealed that when it tested two of the blister packs for fingerprints there were ‘none recovered’. 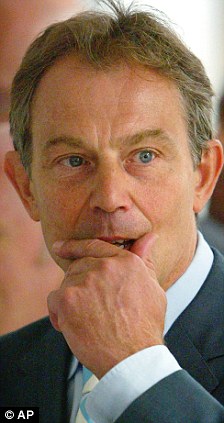 Right - Fresh controversy: Dr Kelly is said to have killed himself after being named as the prime source of a BBC report accusing Tony Blair’s government of lying to take Britain into war. But the lack on fingerprints on the pill packets cast fresh doubt.

The development is doubly significant because police have already said the knife which Dr Kelly is said to have used to cut his wrist did not have fingerprints on – nor did an open bottle of water found beside his body.
The lack of fingerprints on these items is particularly difficult to explain given that Dr Kelly was not wearing gloves when his body was recovered on July 18, 2003. No gloves were found at the scene.

Dr Kelly is said to have killed himself after being named as the prime source of a BBC report accusing Tony Blair’s government of lying to take Britain into war.

Uniquely, for an unexpected death such as his, no coroner’s inquest has ever been held.

The idea that Dr Kelly took pills of any description has long been contested by those who knew him.

Mai Pederson, a U.S. military official who worked with Dr Kelly in Iraq in the 1990s, has told the Mail he suffered from ‘unexplained dysphagia’ – a syndrome that can make it almost impossible to swallow pills. Friends have confirmed this.

Police have also revealed the half litre bottle of water found next to Dr Kelly’s body had 111ml of water left in it, triggering questions about the likelihood that he could have swallowed 29 pills with the aid of 389ml of water – about half a pint.

Documents released under the Freedom of Information Act show that the third co-proxamol blister pack was not subjected to a fingerprint search but was ‘reserved for DNA’ with a ‘full profile of Dr Kelly obtained’.

But this unspecified DNA evidence – which could for example be blood or sweat – does not explain the lack of prints on the first two packs.
Fingerprint expert Peter Swann, said: ‘Fingerprint testing is a complex area. It is surprising no prints were found on any of these items.
‘It is possible there were no prints but it would be advisable to have the exhibits re-examined by an independent expert.’

Attorney General Dominic Grieve is currently considering whether there is sufficient new evidence to apply to the High Court for an inquest into Dr Kelly’s death.

Dr Michael Powers QC, who represents a group of doctors campaigning for an inquest, said: ‘The fact no fingerprints were recovered is odd to say the least.’