Scientists discover that eyes really are 'the window to the soul' 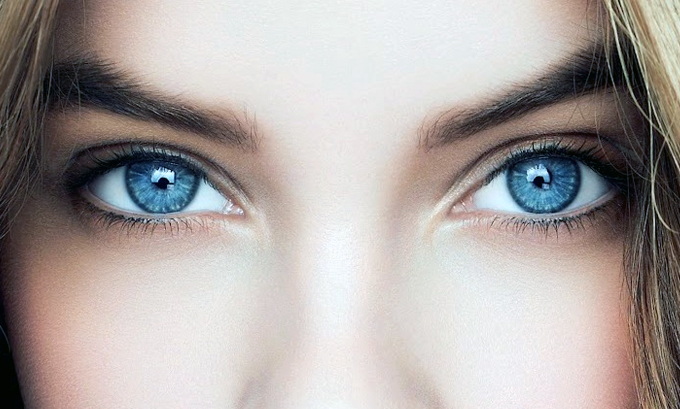 The eyes really are a window to the soul, according to scientists.
Patterns in the iris can give an indication of whether we are warm and trusting or neurotic and impulsive, research has found.

Everyone has a different structure of lines, dots and colours in their iris.
So scientists at Orebro University in Sweden compared the eyes of 428 subjects with their personality traits to see if these structures in the iris reflected their characters.

They focused on patterns in crypts - threads which radiate from the pupil - and contraction furrows - lines curving around the outer edge - which are formed when the pupils dilate. 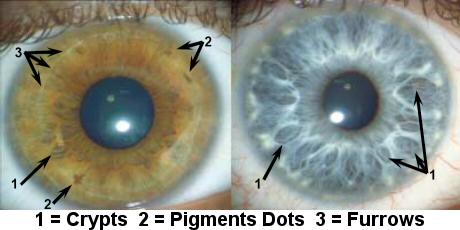 Their findings showed those with denselypacked crypts are more warmhearted, tender, trusting, and likely to sympathise with others. In comparison, those with more contraction furrows were more neurotic, impulsive and likely to give way to cravings.

The researchers argued that eye structure and personality could be linked because the genes responsible for the development of the
iris also play a role in shaping part of the frontal lobe of the brain, which influences personality.

They say the findings could one day be used in psychoanalysis and by companies screening candidates for jobs.

'Differences in the iris can be used as a biomarker that reflects differences between people.'

The scientists suggested these differences are due to genetic variation, and pointed to the involvementof a gene called PAX6. This gene helps control the formation of the iris in embryos. Previous research has shown that a mutation of it is linked to impulsiveness and poor social skills.

The speed and accuracy with which irises can be mapped means there is growing interest in using photographs of eyes for security as well as research purposes.

The Government is testing the use of digital photographs of the iris on 'biometric' passports and identity cards.

Trials of the iris technology have been taking place at Heathrow, Gatwick and Manchester airports.