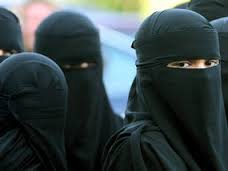 Sharia principles are to become enshrined in the UK legal system for the first time, with The Law Society publishing guidelines for drawing up documents according to Islamic rules, which would exclude non-believers and encroach on women’s rights.

The new guidelines were produced by The Law Society earlier this month. Under the guidance, High Street solicitors will be able to write Islamic wills which will have the power to exclude non-believers completely and deny women an equal share of an inheritance.

“The male heirs in most cases receive double the amount inherited by a female heir of the same class. Non-Muslims may not inherit at all, and only Muslim marriages are recognized,” states the document.

Any children who have been born outside of marriage and even kids who have been adopted will also not be recognized as legitimate heirs.

It also advises lawyers to draft special exclusions from the Wills Act 1837, which would allow gifts or money to pass to the children of an heir who has died, as this practice isn’t recognized in Islamic law.

Sharia law only recognizes Muslim weddings, so anyone who was married in a Christian church or in a civil ceremony would also be excluded from succession.

At the moment, Sharia law is not formally included in the UK’s laws, though a network of unofficial Sharia courts has developed in Muslim communities to deal with issues within Muslim families.

A few are official tribunals which operate under the Arbitration Act, drafted in 1996 to help settle personal disputes within Britain’s diverse community. They mainly operate in commercial disputes, but can also deal with issues of domestic violence and other family disputes including battles over inheritance.

There is also a large network of more informal Sharia tribunals, also called “councils,” which are normally based around a mosque and deal with child custody issues and divorces in line with Islamic religious teaching. Their hearings are laid out like courts.

A study compiled four years ago by Civitas think-tank found more than 80 unofficial Sharia courts operating in the UK.

Nicholas Fluck, president of the Law Society, told The Sunday Telegraph that publishing the new guidance would promote “good practice” in applying Islamic principles in the British legal system.

Read the full article at: rt.com
READ: Alicia Gali’s Horror Story - How Women are Treated under Sharia Law in "The New" Middle East

Ralph Ellis - The Enlightenment & The Threat of Islam