Slovak PM says will not 'bow' to Germany, France on migrants 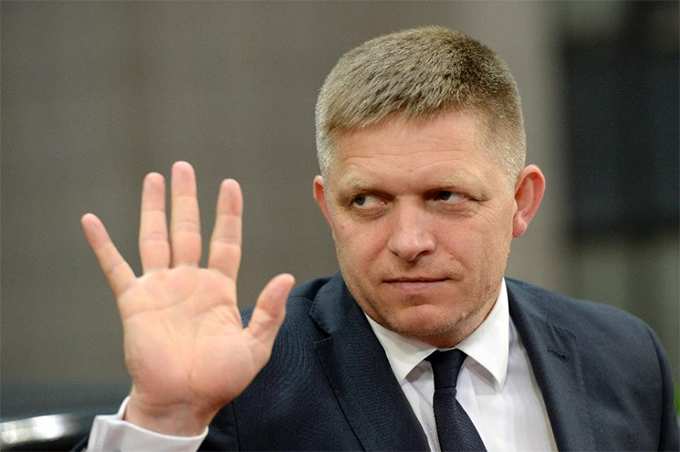 Prime Minister Robert Fico on Wednesday said Slovakia should not bow to pressure from Germany or France, maintaining his opposition to mandatory migrant quotas as the EU unveiled plans to force the bloc to share 160,000 refugees.

Slovakia and its fellow eastern EU members -- all largely homogenous in terms of race, religion and ethnicity -- have come under fire from western members like France and Germany for their reluctance to take in people fleeing conflicts in the Middle East, Asia and Africa.

SLOVAKIA: PM Rober Fico refuses refugee quota for his country, says "nobody will dictate us" despite the EU pressure. pic.twitter.com/OKN6i5uvF2

"When Germany or France says something we should not bow down and repeat the same thing. We also have our own opinion," Fico told reporters.

Juncker also urged the EU to back an earlier plan to relocate another 40,000 refugees. Slovakia's share there had been 785 but Bratislava pledged only 100.

"We say no to mandatory quotas. I don't want to wake up one day and have 50,000 people here in this country about whom we know nothing," Fico said on Wednesday.

"I do not want to take responsibility for any attack that may occur only because we underestimated something. I will constantly be talking about the security risks associated with migration," he added.

"The Slovak government is ready to contribute to the protection of the external borders of the European Union. Whether it's funding or military force or some other assistance."

In July, Slovakia agreed to temporarily take in 500 migrants who applied for asylum in Austria.

Last month, Slovakia's interior ministry said the country would grant asylum to 200 Christian Syrians, saying it only wanted to take in people of the Christian faith.