Snowden Targeted by Hacker "The Jester": Hacks Countries that Might Help Whistleblowers 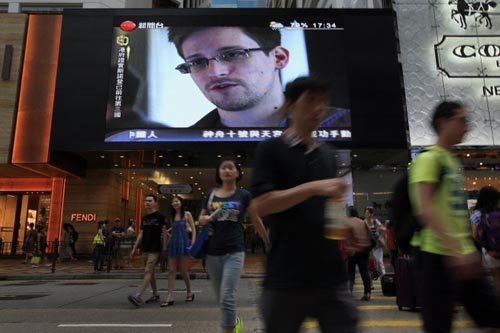 “The Jester,” a pro-United States hacker, reportedly has hacked nations supportive of NSA leaker Edward Snowden, it was reported Tuesday.

In an exclusive, Fox News said that The Jester hacked several government websites in Ecuador after it was reported that Snowden might be heading there to seek political asylum. He hacked the country’s tourism ministry and stock market home page, the network reported.

The Jester, whose real name has not been disclosed, told Fox that he might target Venezuelan government sites next as Caracas has reportedly expressed interest in hosting Snowden. “These are enemies and that’s how I will be treating them, and anyone who facilitates them,” The Jester told Fox.

On Tuesday, he tweeted: “There’s 52 VENEZUELEN Government servers visible to the internet, including 27 email servers. Who knew?” 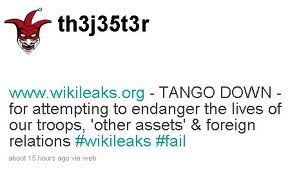 The Jester describes himself as a “hacker for good” and says people like Julian Assange of WikiLeaks and Snowden are threats to the U.S.

“As jihadis groom Muslims online to commit acts against us, so [Julian Assange] grooms government personnel like [Army private and accused leaker Bradley] Manning and Snowden to do his dirty work,” he said in elaborating on why he chooses to hack.

And on Tuesday, he posted the “Ecuador Embassy London wireless AP’s and MAC addresses. Highlighted in RED were NOT present B4.” Assange has been holed up in the Ecuador Embassy since last year.

The Jester achieved fame for launching cyberattacks against al-Qaeda websites, WikiLeaks, and Anonymous.

Red Ice Creations Editor Note: The ’Jester’ blog linked in the EpochTimes article sets off some ’malicious site’ warnings with virus-detection software. Follow the link at your own risk.

[...]
After President Obama engaged in heated discussions with Ecuador, Russia and other countries offering asylum to Edward Snowden and Julian Assange, self described “Patriot Hacktivist, “The Jester” launched a series of cyber attacks against Ecuador and threatened to do the same to any other country that offers assylum to Whistleblowers.

On Monday the Jester launched attacks against Ecuador’s e-mail server for the second biggest stock exchange and the countries official tourism website which is clearly a financial attack to apply pressure in favor of the usurped United States Corporation. Gabrielle Murillo, a spokesperson for the Ecuadorian tourist site did not confirm or deny the attack, simply stating the “Internet was working” however conflicting accounts state that users were unable to access the website after the attacks were confirmed.

Upon further investigation, “The Jester” has taken credit for several previous attacks against the Wikileaks servers. He also threatened to reveal personal information of the hacktivist group Anonymous, which is a bit strange considering the videos presented above seem to indicate cooperation between the two or at least some sort of mutual respect. However it’s important to mention the possibly that the Anonymous representative in the interview above was not really part of Anonymous.

There is definitely some validity to this “Jester” guy. One of his computers is on display at the International Spy Museum, titled oddly enough “Weapons of Mass Disruption”. According to his website he described himself as “pro OUR Military, LEA [law enforcement agencies], & Intel Communities who do the same job no matter who is sitting in the big seat.” The keywords here is “No matter who is sitting in the big seat” which offers a glimpse into his true motivations and apparent blind submission to government. On one hand he claims to be former military and part of a “famous military unit in Afghanistan”, took an oath to uphold the constitution and defend his country against enemies foreign and domestic. The man “sitting in the big seat” also took the same oath, yet violates it over and over. On the other hand the Jester writes:

Regarding Snowden, the Jester writes:

“Snowden is not a goddam hero, here to save Americans from ‘the government’ because of privacy infringements and breaches of the 4th amendment, he is a traitor and has jeopardized all our lives.”

The Jester also circulated a list of 52 servers used by the Venezuelan government where Assange also applied for asylum stating that he will treat all governments offering asylum to Assange or Snowden as “enemies”. The Jester goes on to further say “If I am arrested, and convicted in due process by a jury of my peers I will consider that justice will have been served.”

Read the full article at: truthfrequencyradio.com