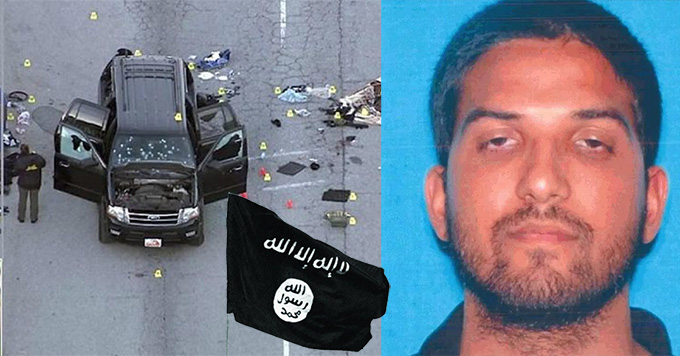 The officials, who were not authorized to speak publicly about the matter, cautioned that the new evidence did not mean that the militant group directed Malik and her husband to carry out the attack and that investigators think it instead suggests that the couple had become self-radicalized.

Malik, who was born in Pakistan, spent time in Saudi Arabia before becoming engaged to Farook. She gained legal permanent resident status last year after they were married.

One of the officials said the post was under a different name and has been removed, apparently by Malik herself, but FBI technicians were able to recover the post.

Another federal law enforcement source told The Times that the suspects made an attempt to destroy electronic devices that they owned, which held data that could have helped investigators.

The law enforcement source characterized the efforts to destroy the devices as unsuccessful.

Chelsey said the 90-pound Malik was not involved in the shooting and could not have carried the heavy ammunition and tactical gear.

“It just doesn’t make sense for these two to act like some kind of Bonnie and Clyde or something,” Chelsey said. “It’s just ridiculous.”

Chelsey sat with the FBI for three hours to determine characteristics and affiliations that could have motivated Farook to carry out the shooting, he said.

“There was nothing to characterize to make him act in this manner,” Chelsey said.