The SPLC is known for doling out questionable “hate group” labels.

A recently-uncovered court document from the divorce proceedings of a prominent Southern Poverty Law Center (SPLC) figure alleges horrific conduct on behalf of one of the most influential lawyers in America.

Maureene Dees, ex-wife of SPLC co-founder Morris Dees filed for divorce on March 8, 1979 after a decade-long marriage marred by difficulties, according to an appellant brief obtained by Big League Politics. The brief was filed by Maury Smith, Julia S. Waters and Charles M. Crook, attorneys for Maureene, in the Alabama Court of Civil Appeals: 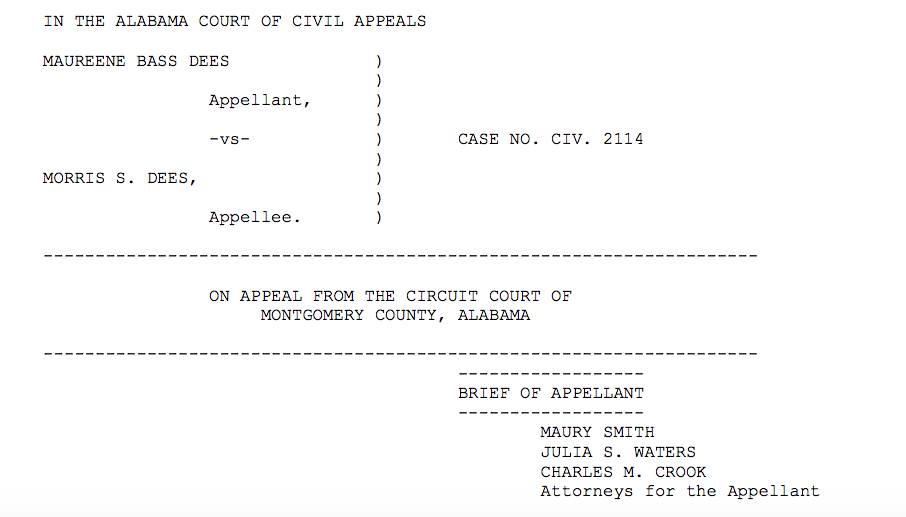 According to court testimony, among other perverted sexual behavior, Dees attempted to molest his 18-year-old step-daughter with a sex toy. Holly Buck was Maureene Dees’ daughter from a previous marriage.

“Holly testified that, in the summer of 1977, Morris attempted to molest her in the following incident: One night Maureene and Morris were sitting drinking wine and discussing a case Morris was trying,” the brief says. “[Holly] was with them. Around eleven or twelve o’clock, Maureene went to bed and Holly stayed up with Morris discussing the case. Morris kept offering Holly wine, some of which she accepted.”

Holly testified that she declined, choosing to go to bed instead.

“She went to her room and then went into the bathroom,” the document says. “Looking out the window, she saw Morris in the bushes beside the bathroom window looking in. She said ‘Morris, is that you’, but he said nothing and ran away.”

According to Holly’s testimony, she declined, but Morris proceeded anyway.

“[H]e started to place it between he [sic] legs when she raised her voice and said no loudly,” according to the brief.

He was wearing only a pair of bikini underwear shorts during the incident, according to Holly. 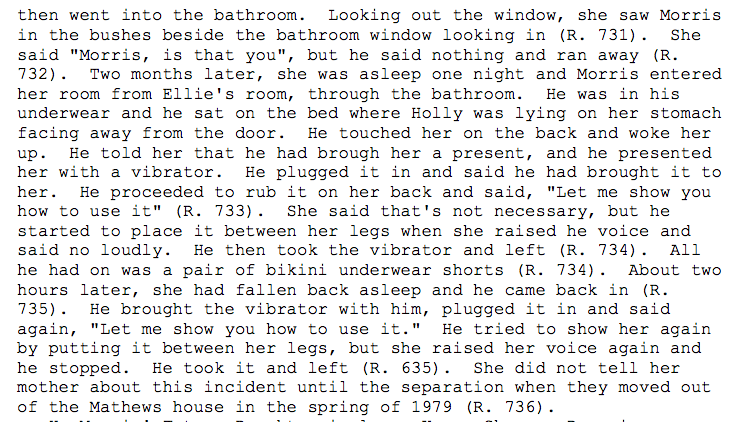 This is not the only disturbing passage from the appellate brief. Big League Politics has a series of upcoming reports detailing allegations against the co-founder of one of America’s most powerful non-profits.

SPLC did not respond to an email request for comment regarding whether they condone Dees’ behavior in time for publication. When Big League Politics called for comment, SPLC’s media contact briskly hung up the phone.