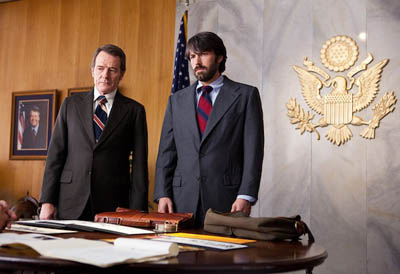 [...] Secret agents are supposed to be secret but their existence is common knowledge. We know that they exist, but most people don’t know what they get up to, what they actually do. The main reason for this is that the conventional news media coverage of intelligence agencies focuses almost exclusively on them gathering information, portraying them as passive observers of the shadowy underworlds that surround our ’civilisation’. Their active role in covertly wielding influence on both a small and large scale is essentially ignored.

The vacuum left by the absence of real-life news media reporting on the actions of the secret services is filled with spy-fi, or spy fiction. The world’s most famous spy, James Bond, has been aped across the world, the US versions even sometimes bearing the same initials - Jack Bauer from 24 and Jason Bourne from the Bourne films are simple examples. Throughout the decades it has largely been British authors - Somerset Maugham in the 1930s, Ian Fleming in the 1950s, John le Carré and others since then - who set the tone and standards for spy-fi authors. Most of these people were themselves spies for the British security services - Maugham worked for MI6 during WW1, Fleming ran a naval intelligence commando unit during WW2, le Carré was MI5 and MI6.

It was in Fleming’s James Bond novels in the 1950s that the CIA, at that time an agency whose existence was not officially admitted, were first named and portrayed. As recent research by Dr Christopher Moran has shown, Fleming was friends with then-CIA director Allen Dulles, who was ’fascinated’ by the Bond novels and in particular the gadgetry. Over time the two became closer friends, to the extent that Dulles even asked Fleming to use his popular books to help portray the CIA in a positive light. Similarly, it was British filmmaker Alfred Hitchcock who largely created the spy thriller genre in cinema in the inter-war period. It was in Hitchcock’s late-50s film North by Northwest that Hollywood first named and depicted the CIA. In both print and on the screen it was left to British creative talent to break the ground of public portraits of the CIA.

However, unlike Fleming and others, there is no evidence that Hitchcock himself ever worked for the security services, though he was spied on for a time by the FBI. This included one incident in the early 1960s where an FBI mole at Revue Studios told the Bureau that a character in an episode of Alfred Hitchcock Presents was an ’improper portrayal of an FBI agent’. The Feds applied pressure and the character was watered down to being a private detective who used to work for the Bureau.

Much the same process continues today. The former head of MI5 Stella Rimington is writing popular spy-fi, the British security services provided ’former’ officers as advisors on the hugely popular TV show Spooks and the CIA is deeply involved in Hollywood. In my previous article for this site I outlined how the CIA’s first official entertainment industry liaison Chase Brandon recruited actress Jennifer Garner to appear in a CIA recruitment ad. However, that is just the tip of the iceberg.

Jon Rappoport - The Artist Against the System