The ECIPS Issues the “Exodus” Alert 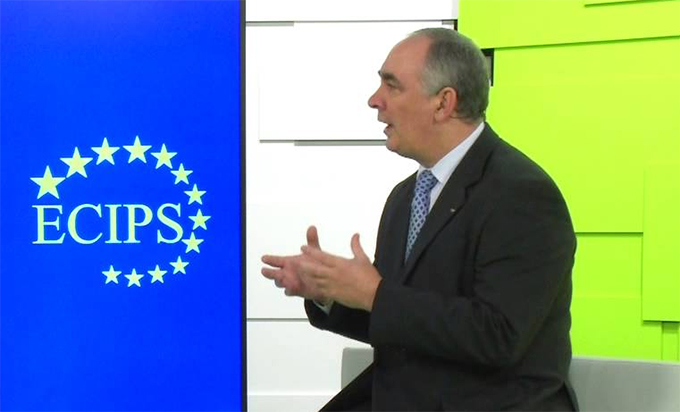 The President of the European Centre for Information Policy and Security (ECIPS) Mr. Ricardo Baretzky called for an International action on migration and warned that the present migration policies in the EU need urgent strengthening. He said the present migration problems pose a major threat to European Security and the stability of the EU. President Baretzky said that the European Parliament should take precise and executable actions against the trafficking of humans and its trafficking rings that assists illegal migrants.

He said that one of the biggest risks are that of terrorist organizations such as ISIS and Al-Qaida using mass migration as one of their social tools that brings unwanted results. He said that the rise of uncontrolled mass migration will lead to an increase in terrorism and the “European Values” could be at threat as a whole if no decisive action is taken today and warned that we should see clearly the security risks associated with mass migration.

President Baretzky referenced to the fact that 42% of all international aid goes to Africa and African leaders should be held accountable for their actions. He noted that the present xenophobic attacks in South Africa are only the beginning of the international problems to come and stressed that during 2013, the previous xenophobic attacks in South Africa, the ECIPS warned of migration risks from Africa in future. President Baretzky said that no attention was given to the growing issues and now the present problems have reached a possible future “EXODUS” a point of no return. He said that the diplomatic and political approach has failed with African leaders as the past has indicated and stressed that human trafficking is only one of the factors to blame that needs urgent attention. He said that stronger border controls are necessary and more funding is needed to combat these problems.

The growing instability in Africa and the Middle East is the main factors together with radicalism and its main eye focused on an Islamic state is the key to most of these problems. President Baretzky said that poverty and war has an origin and finical aid is not the solutions but could aid the ongoing problems.

He urged the all the 28 European members states to participate and called for an International Security Council to be formed as a matter of urgency to protect the cultural history and basic values of Europe in the spirit of the universal human right declaration is its foundation to find the solutions to the present emerging oppression of mass migrations.