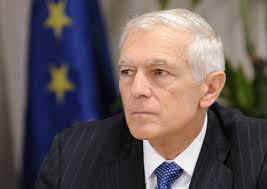 “There is no place in modern Europe for ethnically pure states. That’s a 19th century idea and we are trying to transition into the 21st century, and we are going to do it with multi-ethnic states.”

What is White Genocide?

▪ Moving millions of non-White immigrants into traditionally White countries over a period of years. This alone is not genocide, but the next step makes it a part of genocide.

▪ Legally chasing down and forcing White areas to accept “diversity“. This is known as “Forced Assimilation“.

A combination of mass immigration (of different groups of people) plus forced assimilation would qualify as genocide, as defined by Article II, part (C) of the United Nations Genocide Conventions:

“Deliberately inflicting on the group conditions of life calculated to bring about its physical destruction in whole or in part.”

▪ Government refusal to remove genocidal policies that are in place today. By keeping these policies in place, they ensure that the genocide is ongoing.

Society is widely aware that White people are becoming a minority in several countries, but anti-Whites don’t want us to bring an end to the policies which are turning us into a minority everywhere.

Read more about how forced assimilation or "diversity" is White genocide at whitegenocideproject.com