The FBI and the Myth of the Fingerprint

Aug 16, 2013 Source: counterpunch.org
The real crime is in the crime lab 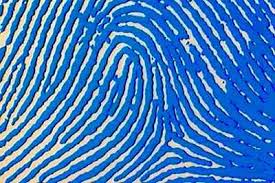 Few law enforcement institutions have been so thoroughly discredited as the FBI’s forensic lab. In 1997 the Bureau’s inspector general of the time issued a devastating report, stigmatizing one instance after another of mishandled and contaminated evidence, inept technicians, and outright fabrication. The IG concluded that there were “serious and credible allegations of incompetence” and perjured courtroom testimony.

Our view is that taken as a whole, forensic evidence as used by prosecutors is inherently untrustworthy. For example, for years many people went to prison on the basis of the claims of a North Carolina anthropologist, Louise Robbins. She helped send people to prison or to Death Row with her self-proclaimed power to identify criminals through shoe prints. As an excellent recent Chicago Tribune series on forensic humbug recalled, on occasion she even said she could use the method to determine a person’s height, sex and race. Robbins died in 1987, her legacy compromised by the conclusion of many Appeals Courts that her methodology was bosh. There have been similarly hollow claims for lip prints and ear prints, all of them invoked by their supporters as “100 per cent reliable” and believed by juries too easily impressed by passionate invocations to 100 percent reliable scientific data.

Of course the apex forensic hero of prosecutors, long promoted as the bottom line in reliability–at least until the arrival of DNA matching–has been the fingerprint.

Fingerprints entered the arsenal of police and prosecutors in the late nineteenth century, touted as “scientific” in the manner of other fashionable methods of that time in the identification of supposed criminals, such as phrenology. A prime salesman was Francis Galton, Charles Darwin’s cousin and a founding huckster for the bogus “science” of eugenics. Actually fingerprints, at least in modern times, found their original use in the efforts of a British colonial administrator to intimidate his Indian laborers (whose faces he could not distinguish) from turning up more than once to get paid. He’d make a great show of scrutinizing the fingerprints he insisted they daub on his ledger book.

Then, as now, the use of the so-called “unique fingerprint” has been histrionic, not exactly scientific. In 1995, so the Chicago Tribune series discovered, “one of the only independent proficiency tests of fingerprint examiners in U.S. crime labs found that nearly a quarter reported false positives, meaning they declared prints identical even though they were not–the sort of mistakes that can lead to wrongful convictions or arrests.”

Decade after decade people have been sent to prison for years or dispatched to the death cell, solely on the basis of a single, even a partial print. So great is the resonance of the phrase “a perfect match” that defense lawyers throw in the towel, as judge and jury listen to the assured conclusions of the FBI’s analysts who virtually monopolize the fingerprint industry in the U.S.A. Overseas, in London’s Scotland Yard for example, the same mesmerizing “certainty” held sway, and still does.

In the U.S.A., part of the mystique stems from the “one discrepancy rule” which has supposedly governed the FBI’s fingerprint analysis. The rule says that identifications are subject to a standard of “100 per cent certainty” where a single difference in appearance is supposed to preclude identification.

The 1997 lab scandals threw a shadow over the FBI’s forensic procedures as a whole and the criminal defense bar began to raise protests against prosecutorial use of latent fingerprint identification evidence, as produced by FBI procedures. In 2002 Judge Louis Pollak, presiding over in a case in Pennsylvania, initially ruled that the FBI’s fingerprint matching criteria fell below new standards of forensic reliability (the Daubert Standards) stipulated by the Supreme Court. Ultimately the judge was persuaded that the FBI’s fingerprint lab had never made a mistake.

Read the full article at: counterpunch.org
SEE: The Innocence Project