The geography of white population loss 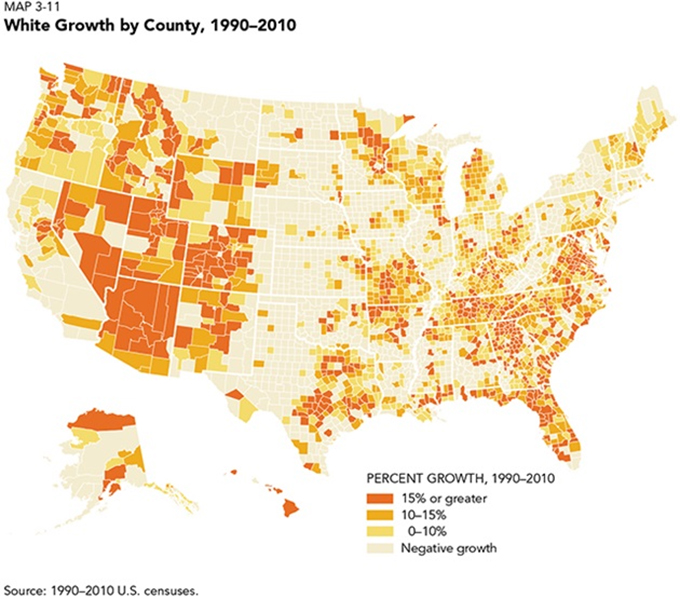 Where are the losses occurring? A look at white growth and decline over the 1990-2010 period provides a perspective (see map, from my book “Diversity Explosion”). Some areas that are seeing declines in their white population caused by migration—particularly many counties in the Great Plains, the Midwest, and parts of the South—are also experiencing an excess of deaths over births in their white populations.

The areas that are gaining whites overlap heavily with those that are attracting dispersing minorities— prosperous and affordable parts of the Southeast, Southwest, and Mountain West—including suburbs, exurbs, and smaller metropolitan areas. But it’s pretty clear that, going forward, the nation’s white population shifts will be a “zero-sum” game: As some areas experience greater white population gains, others will suffer losses.