The History and Psychology of Clowns Being Scary

Aug 16, 2013 Source: smithsonianmag.com
You aren’t alone in your fear of makeup-clad entertainers; people have been frightened by clowns for centuries 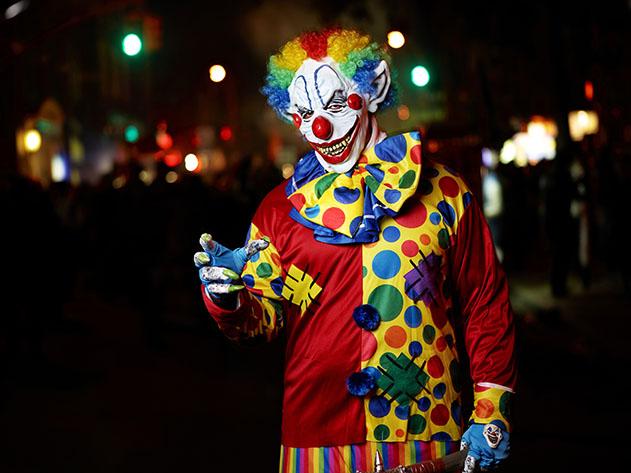 There’s a word— albeit one not recognized by the Oxford English Dictionary or any psychology manual— for the excessive fear of clowns: Coulrophobia.

Not a lot of people actually suffer from a debilitating phobia of clowns; a lot more people, however, just don’t like them. Do a Google search for “I hate clowns” and the first hit is ihateclowns.com, a forum for clown-haters that also offers vanity @ihateclowns.com emails. One “I Hate Clowns” Facebook page has just under 480,000 likes. Some circuses have held workshops to help visitors get over their fear of clowns by letting them watch performers transform into their clown persona. In Sarasota, Florida, in 2006, communal loathing for clowns took a criminal turn when dozens of fiberglass clown statues—part of a public art exhibition called "Clowning Around Town" and a nod to the city’s history as a winter haven for traveling circuses—were defaced, their limbs broken, heads lopped off, spray-painted; two were abducted and we can only guess at their sad fates.

Even the people who are supposed to like clowns—children—supposedly don’t. In 2008, a widely reported University of Sheffield, England, survey of 250 children between the ages of four and 16 found that most of the children disliked and even feared images of clowns. The BBC’s report on the study featured a child psychologist who broadly declared, “Very few children like clowns. They are unfamiliar and come from a different era. They don’t look funny, they just look odd.”

But most clowns aren’t trying to be odd. They’re trying to be silly and sweet, fun personified. So the question is, when did the clown, supposedly a jolly figure of innocuous, kid-friendly entertainment, become so weighed down by fear and sadness? When did clowns become so dark?

Maybe they always have been.

Clowns, as pranksters, jesters, jokers, harlequins, and mythologized tricksters have been around for ages. They appear in most cultures—Pygmy clowns made Egyptian pharaohs laugh in 2500 BCE; in ancient imperial China, a court clown called YuSze was, according to the lore, the only guy who could poke holes in Emperor Qin Shih Huang’s plan to paint the Great Wall of China; Hopi Native Americans had a tradition of clown-like characters who interrupted serious dance rituals with ludicrous antics. Ancient Rome’s clown was a stock fool called the stupidus; the court jesters of medieval Europe were a sanctioned way for people under the feudal thumb to laugh at the guys in charge; and well into the 18th and 19th century, the prevailing clown figure of Western Europe and Britain was the pantomime clown, who was a sort of bumbling buffoon.

But clowns have always had a dark side, says David Kiser, director of talent for Ringling Bros. and Barnum & Bailey Circus. After all, these were characters who reflected a funhouse mirror back on society; academics note that their comedy was often derived from their voracious appetites for food, sex, and drink, and their manic behavior. “So in one way, the clown has always been an impish spirit… as he’s kind of grown up, he’s always been about fun, but part of that fun has been a bit of mischief,” says Kiser.

“Mischief” is one thing; homicidal urges is certainly another. What’s changed about clowns is how that darkness is manifest, argued Andrew McConnell Stott, Dean of Undergraduate Education and an English professor at the University of Buffalo, SUNY.