There is no mention of Norway, Norwegian tradition, culture, religion or their rich history in this article. This is strictly from a Jewish identity politics perspective, written by Erica Chernofsky for BBC:

Intermarriage - when Jews wed non-Jews - has been called a threat to the future survival of the Jewish nation. So what happened when there were reports that the Israeli prime minister’s son was dating a Norwegian non-Jew?

The Norwegian daily Dagen last week reported that Norwegian Sandra Leikanger and Prime Minister Benjamin Netanyahu’s son Yair are a couple, to which the office of Mr Netanyahu has responded - according to Israeli media - by insisting they are only college classmates. But the damage has already been done.

The Jewish Journal gives the derogatory term "shiksa" for Norwegian girl Sandra Leikanger the, in the headline: "Who is the mysterious shiksa girlfriend of Israel’s boy king?"

From: urbandictionary.com: A Gentile girl or woman, especially one who has attracted a Jewish man. The term derives from the Hebrew word "sheketz", meaning the flesh of an animal deemed taboo by the Torah. Since a Jewish man marrying a non-Jewish woman is taboo also, this word applies to her.

Leikanger is not Jewish, a fact that has sparked outrage in Israel, a Jewish country which since its inception has fought to have its Jewish character recognised throughout the world. While Judaism is not a proselytising religion, Leikanger, like any non-Jew, does have the option of converting should she wish to become Jewish.

Oh not proselytising? Why is it that the non-jew always have to convert to Judaism? Never the other way around. Why? Furthermore, as explained below, she and her children will not be viewed as "true Jews." More here: Why Is Conversion to Judaism So Hard?

Think this is an isolated case? Remember when a Jewish nationalist organization urged Jewish supermodel Bar Refaeli via letter not to marry Leonardo DiCaprio, as it would dilute the Jewish race.

More here: In letter to supermodel, Baruch Marzel wrote: Assimilation has forever been an enemy of the Jewish people

Intermarriage and assimilation are quintessential Jewish fears and have been called a threat to the future survival of the relatively small Jewish nation. According to Jewish law, the religion is passed down through the mother, so if a Jewish man marries a non-Jewish woman, their children would not be considered Jews.

The chance that children of a mixed couple would keep or pass along any Jewish traditions to future generations is radically diminished. As today’s rate of intermarriage among Diaspora Jews stands above 50%, many are worried that the nation that survived persecution, pogroms and the Holocaust could eventually die out of its own undoing.

Jewish couple
The anxiety was expressed in an open letter to Yair Netanyahu by the Israeli organisation Lehava, which works to prevent assimilation, in a post on its Facebook page, which warned him that his grandparents "are turning over in their graves… they did not dream that their grandchildren would not be Jews". 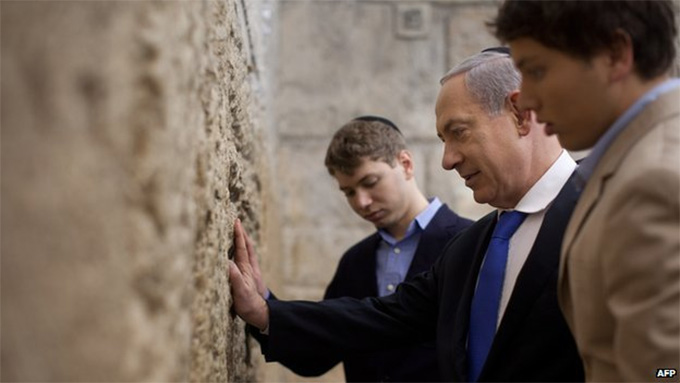 The issue of intermarriage has largely been one for Diaspora Jews - the Jews who live outside Israel. Inside Israel, Jews (75% of the population) and Arabs (21%) rarely marry, but with an influx of foreign workers and globalisation of the Israeli community, in recent years the phenomenon has come to light.

"God forbid, if it’s true, woe is me," says Aryeh Deri, leader of the Ultra-Orthodox Shas party, to a local radio station, lamenting the news that the prime minister’s son was dating a non-Jew. "I don’t like talking about private issues… but if it’s true God forbid, then it’s no longer a personal matter - it’s the symbol of the Jewish people."

Over the weekend, Eretz Nehederet, the popular Israeli satirical television show, aired a parody showcasing infamous historical oppressors of the Jews including the biblical Pharaoh and the Spanish inquisitor. The show culminated with Yair Netanyahu’s non-Jewish girlfriend, whom they called the "newest existential threat". She sang about a shikse, a derogatory term for a non-Jewish woman, sarcastically crooning that she is "worse than Hitler".

Here she is, Sandra Leikanger, the "newest existential threat" to Israel and Jews: 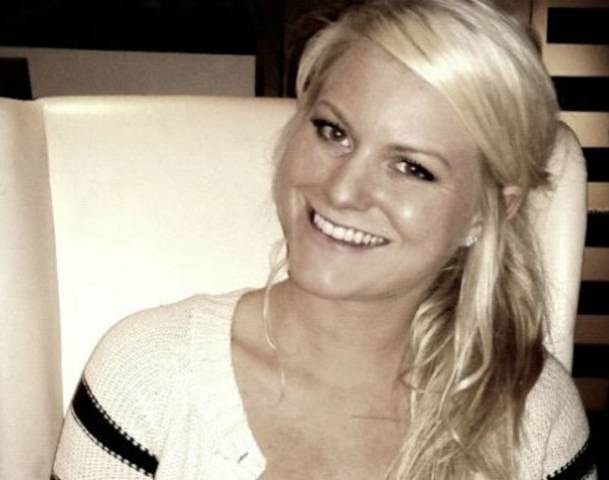 Even the prime minister’s brother-in-law, Hagai Ben-Artzi, spoke out strongly on their affair, warning his nephew that if he doesn’t end his relationship with Leikanger, it is as if he is spitting on the graves of his grandparents.

"From my point of view, if he does such a thing, I personally won’t allow him to get near their graves," he told an Ultra-Orthodox website. "This is the most awful thing that is threatening and was a threat throughout the history of the Jewish people. More awful than leaving Israel is marriage with a gentile. If this happens, God forbid, I’ll bury myself I don’t know where. I’ll walk in the streets and tear off my hair - and here this is happening."

Anyone who’s watched Fiddler on the Roof, where Tevye says his daughter is dead to him for marrying a non-Jew, knows the issue has always been a sensitive one among Jews.

But Dr Daniel Gordis, an author and expert commentator on Israel and Judaism, says that has changed in the past few decades, especially in the Diaspora Jewish community.

Whereas once it was greatly frowned upon for a Jew of any stream to marry a non-Jew, today, among unaffiliated (no synagogue), non-denominational (those who don’t identify with any movement), conservative or reform Jews, it is not the taboo it once was. The intermarriage rates of non-denominational Jews approach 80%, he says.

But among Orthodox Jews and in Israel, it is still much more controversial.

"It’s not a racial issue, it’s not a superiority issue, it’s not a xenophobia issue," he says, explaining that there are two reasons for the opposition to intermarriage, one of which is that it is simply forbidden in Halacha, or Jewish law.

What about Norwegian identity?

"They are statistically more likely to marry non-Jews. There’s no guarantee, but statistically it’s almost impossible to create a child with the same sense of Jewish passion that the older generation has if he’s raised by someone who doesn’t share that story."

The result, he adds, is that in America, "there’s a rapidly eroding sense of Jewish commitment, a complete collapsing of Jewish literacy, and a thinning of Jewish identity".

Where? Can you give an example?

So Israelis are petrified, says Rabbi Dr Donniel Hartman, head of the Shalom Hartman Institute of Jewish studies, because since intermarriage is so rare there, when an Israeli marries a non-Jew they view it as if he is leaving Judaism.

"When you’re a small people and you lose your constituents it makes you quite nervous. We are 14 million Jews in the world, that’s it," he explains.

There is only 5 million Norwegian’s and only 86.2% of those are ethnic Norwegians, so this can (and should) be view the other way! It’s actually the Norwegian girl that should be more concerned then Rabbi Dr Donniel Hartman.

"What’s changed in contemporary Jewish life outside of Israel is that a Jew marrying a non-Jew doesn’t necessarily mean leaving Jewish life anymore."

This is a new phenomenon in Judaism, and Hartman says Jews must rise to the challenge.

"The battle against intermarriage is a lost battle. We are a people who are intermarried - the issue is not how to stop it, but how to reach out to non-Jewish spouses and welcome them into our community," he says.

By converting them and leaving their own culture, history, religion and identity behind?

"Living in the modern world requires you to be nimble. Things are changing, I don’t know if it’s for the worse or not, that will depend on what we do. But the world is evolving, and we have to evolve with it."

Just a quick reminder for those who has forgot or not seen this yet:

Don’t miss our series on this topic: 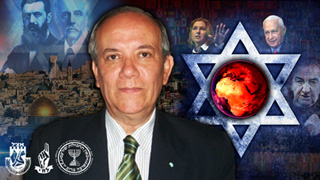 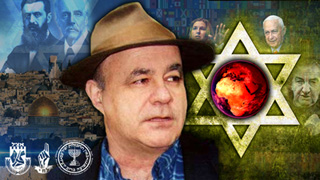 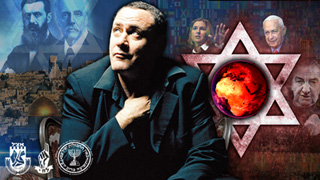 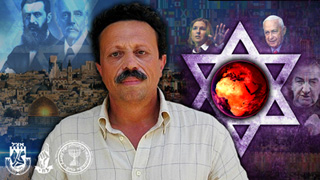