The U.N. Threat to Internet Freedom

On Feb. 27, a diplomatic process will begin in Geneva that could result in a new treaty giving the United Nations unprecedented powers over the Internet. Dozens of countries, including Russia and China, are pushing hard to reach this goal by year’s end. As Russian Prime Minister Vladimir Putin said last June, his goal and that of his allies is to establish "international control over the Internet" through the International Telecommunication Union (ITU), a treaty-based organization under U.N. auspices.

If successful, these new regulatory proposals would upend the Internet’s flourishing regime, which has been in place since 1988. That year, delegates from 114 countries gathered in Australia to agree to a treaty that set the stage for dramatic liberalization of international telecommunications. This insulated the Internet from economic and technical regulation and quickly became the greatest deregulatory success story of all time.

Since the Net’s inception, engineers, academics, user groups and others have convened in bottom-up nongovernmental organizations to keep it operating and thriving through what is known as a "multi-stakeholder" governance model. This consensus-driven private-sector approach has been the key to the Net’s phenomenal success. 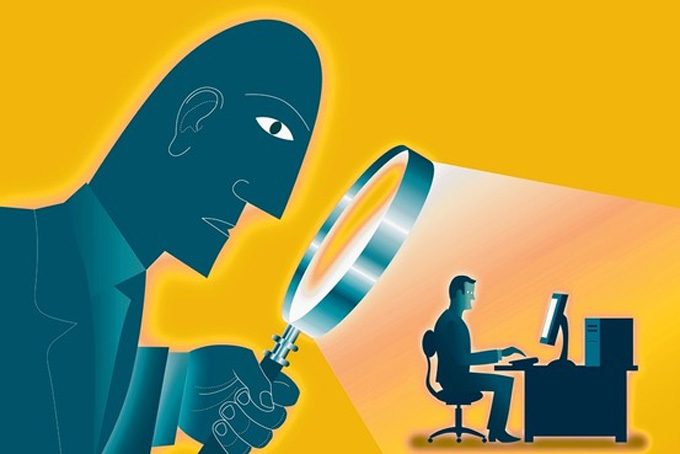 In 1995, shortly after it was privatized, only 16 million people used the Internet world-wide. By 2011, more than two billion were online—and that number is growing by as much as half a million every day. This explosive growth is the direct result of governments generally keeping their hands off the Internet sphere.

Net access, especially through mobile devices, is improving the human condition more quickly—and more fundamentally—than any other technology in history. Nowhere is this more true than in the developing world, where unfettered Internet technologies are expanding economies and raising living standards.

Farmers who live far from markets are now able to find buyers for their crops through their Internet-connected mobile devices without assuming the risks and expenses of traveling with their goods. Worried parents are able to go online to locate medicine for their sick children. And proponents of political freedom are better able to share information and organize support to break down the walls of tyranny.

The Internet has also been a net job creator. A recent McKinsey study found that for every job disrupted by Internet connectivity, 2.6 new jobs are created. It is no coincidence that these wonderful developments blossomed as the Internet migrated further away from government control.

Today, however, Russia, China and their allies within the 193 member states of the ITU want to renegotiate the 1988 treaty to expand its reach into previously unregulated areas. Reading even a partial list of proposals that could be codified into international law next December at a conference in Dubai is chilling:

• Allow foreign phone companies to charge fees for "international" Internet traffic, perhaps even on a "per-click" basis for certain Web destinations, with the goal of generating revenue for state-owned phone companies and government treasuries;

• Impose unprecedented economic regulations such as mandates for rates, terms and conditions for currently unregulated traffic-swapping agreements known as "peering."

• Establish for the first time ITU dominion over important functions of multi-stakeholder Internet governance entities such as the Internet Corporation for Assigned Names and Numbers, the nonprofit entity that coordinates the .com and .org Web addresses of the world;

• Subsume under intergovernmental control many functions of the Internet Engineering Task Force, the Internet Society and other multi-stakeholder groups that establish the engineering and technical standards that allow the Internet to work;

Many countries in the developing world, including India and Brazil, are particularly intrigued by these ideas. Even though Internet-based technologies are improving billions of lives everywhere, some governments feel excluded and want more control.

And let’s face it, strong-arm regimes are threatened by popular outcries for political freedom that are empowered by unfettered Internet connectivity. They have formed impressive coalitions, and their efforts have progressed significantly.

Merely saying "no" to any changes to the current structure of Internet governance is likely to be a losing proposition. A more successful strategy would be for proponents of Internet freedom and prosperity within every nation to encourage a dialogue among all interested parties, including governments and the ITU, to broaden the multi-stakeholder umbrella with the goal of reaching consensus to address reasonable concerns. As part of this conversation, we should underscore the tremendous benefits that the Internet has yielded for the developing world through the multi-stakeholder model.

Upending this model with a new regulatory treaty is likely to partition the Internet as some countries would inevitably choose to opt out. A balkanized Internet would be devastating to global free trade and national sovereignty. It would impair Internet growth most severely in the developing world but also globally as technologists are forced to seek bureaucratic permission to innovate and invest. This would also undermine the proliferation of new cross-border technologies, such as cloud computing.

A top-down, centralized, international regulatory overlay is antithetical to the architecture of the Net, which is a global network of networks without borders. No government, let alone an intergovernmental body, can make engineering and economic decisions in lightning-fast Internet time. Productivity, rising living standards and the spread of freedom everywhere, but especially in the developing world, would grind to a halt as engineering and business decisions become politically paralyzed within a global regulatory body.

Any attempts to expand intergovernmental powers over the Internet—no matter how incremental or seemingly innocuous—should be turned back. Modernization and reform can be constructive, but not if the end result is a new global bureaucracy that departs from the multi-stakeholder model. Enlightened nations should draw a line in the sand against new regulations while welcoming reform that could include a nonregulatory role for the ITU.

Pro-regulation forces are, thus far, much more energized and organized than those who favor the multi-stakeholder approach. Regulation proponents only need to secure a simple majority of the 193 member states to codify their radical and counterproductive agenda. Unlike the U.N. Security Council, no country can wield a veto in ITU proceedings. With this in mind, some estimate that approximately 90 countries could be supporting intergovernmental Net regulation—a mere seven short of a majority.

While precious time ticks away, the U.S. has not named a leader for the treaty negotiation. We must awake from our slumber and engage before it is too late. Not only do these developments have the potential to affect the daily lives of all Americans, they also threaten freedom and prosperity across the globe.

In 2003 there was indications that the UN was seeking to control internet use. Fabians work on these things for a long time - they’ll not give up.

Also check this out: Danish police proposal: Ban anonymous Internet use. Hahaha, these poor victims of the mind prison called The Nordic model doesn’t even have a concept of privacy or individuality. Hence a suggestion like this is not outrageous or even problematic to them.