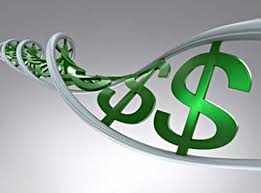 In a first of its kind ruling on human genes, a unanimous U.S. Supreme Court on Thursday decided that synthetically produced genetic material can be patented but naturally occurring DNA extracted from the human body cannot.

The nine justices handed a partial victory to Salt Lake City, Utah-based biotechnology company Myriad Genetics Inc, which holds the patents in question. But the rights group that challenged the patents also found reason to be pleased.

The biotechnology industry had warned that an expansive ruling against Myriad could threaten billions of dollars of investment.

The contentious, uniquely 21st century question before the court was whether any human genes can ever be patented - meaning the holders have exclusive rights to their intellectual property for a defined period.

The court, in an opinion written by Justice Clarence Thomas, ruled that a synthetically produced genetic material made by scientists, known as cDNA, can be patented but that genes extracted from the human body, known as isolated DNA, do not merit the same legal protections.

The compromise outcome, which was urged by the Obama administration, will have less impact on Myriad. The Myriad patents in dispute will all expire by 2015.

Myriad’s shares jumped 10 percent to $37.47 after the ruling was issued.

The ruling means some of Myriad’s patents involving cDNA will likely survive, but the parties disagreed on that point.

The case arose when a group of medical researchers, associations and patients - represented by the American Civil Liberties Union - filed suit in 2009, saying human genes, including synthetically produced material, should not be patented.

They challenged seven patents owned by or licensed to Myriad on two genes - called BRCA1 and BRCA2 - linked to breast and ovarian cancer. A federal judge said the patents were invalid. An appeals court overruled that decision, and the case landed at the Supreme Court.

"Today, the court struck down a major barrier to patient care and medical innovation," said Sandra Park of the ACLU Women’s Rights Project. "Myriad did not invent the BRCA genes and should not control them. Because of this ruling, patients will have greater access to genetic testing and scientists can engage in research on these genes without fear of being sued."

The U.S. Patent and Trademark Office has granted patents on at least 4,000 human genes to companies, universities and others that have discovered and decoded them. Patents now cover some 40 percent of the human genome, according to one study.

Read the full article at: reuters.com
READ: The Supreme Court Rules That Some DNA Can Still Be Patented