Ukraine to open Chernobyl area to tourists in 2011 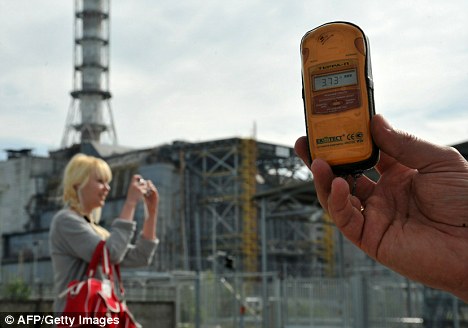 Beginning next year, Ukraine plans to open up the sealed zone around the Chernobyl reactor to visitors who wish to learn more about the tragedy that occurred nearly a quarter of a century ago, the Emergency Situations Ministry said Monday.

Chernobyl’s reactor No. 4 exploded on April 26, 1986, spewing radiation over a large swath of northern Europe. Hundreds of thousands of people were resettled from areas contaminated with radiation fallout in Ukraine, Belarus and Russia. Related health problems still persist.

The so-called exclusion zone, a highly contaminated area within a 30-mile radius of the exploded reactor, was evacuated and sealed off in the aftermath of the explosion. All visits were prohibited.

Today, about 2,500 employees maintain the remains of the now-closed nuclear plant, working in shifts to minimize their exposure to radiation. Several hundred evacuees have returned to their villages in the area despite a government ban. A few firms now offer tours to the restricted area, but the government says those tours are illegal and their safety is not guaranteed.

Emergency Situations Ministry spokeswoman Yulia Yershova said experts are developing travel routes that will be both medically safe and informative for Ukrainians as well as foreign visitors. She did not give an exact date when the tours were expected to begin.

"There are things to see there if one follows the official route and doesn’t stray away from the group," Yershova told The Associated Press. "Though it is a very sad story."

The United Nations Development Program chief Helen Clark toured the Chernobyl plant together with Baloha on Sunday and said she supported the plan because it could help raise money and tell an important lesson about nuclear safety.

"Personally I think there is an opportunity to tell a story here and of course the process of telling a story, even a sad story, is something that is positive in economic terms and positive in conveying very important messages," said Clark, according to her office.

The ministry also said Monday it hopes to finish building a new safer shell for the exploded reactor by 2015. The new shelter will cover the original iron-and-concrete structure hastily built over the reactor that has been leaking radiation, cracking and threatening to collapse.

Read the full article at: msnbc.msn.com 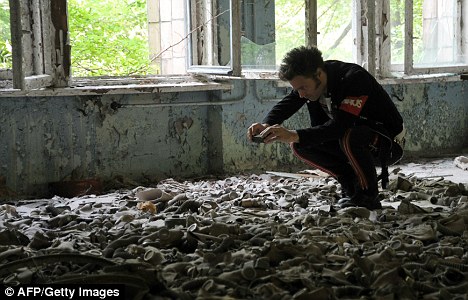 Abandoned: A man photographs gas masks on the floor of a school in the deserted town of Pripyat. 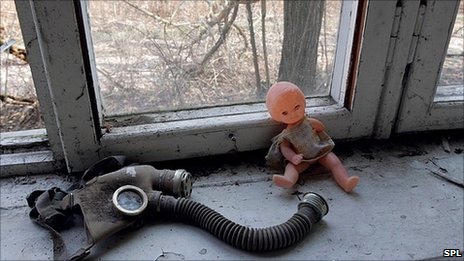