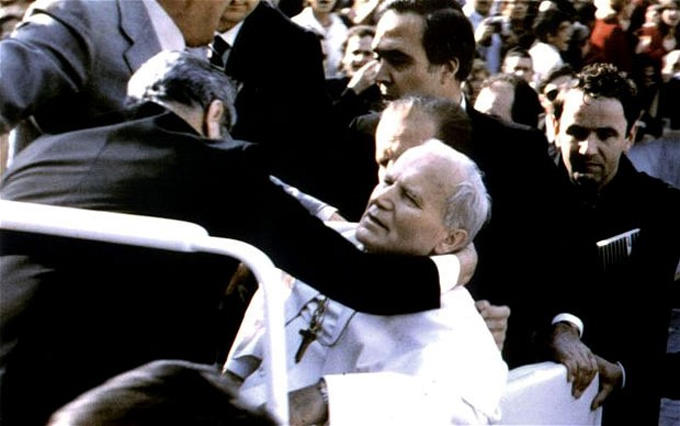 The Vatican is ruled by a climate of fear and an ’omerta’ code of silence, a whistle-blower has claimed.

The mole claims to be one of more than 20 people within the Holy See who have leaked sensitive documents to the Italian media in the last few weeks, in an affair that has been compared to the WikiLeaks scandal and dubbed "Vati-leaks".

The unidentified man, who said he had worked in the Vatican for more than 20 years, made the claims in an interview to be aired on Italian television on Wednesday night.

His face was hidden and his voice digitally distorted when he appeared on the TV channel, La7.

According to extracts of the interview, the whistle-blower said the Vatican was engulfed in intrigue, secrecy and a climate of intimidation.

"Maybe there is a kind of omerta to prevent the truth from surfacing. Not because of a power struggle but maybe because of fear," he added.

He claimed to have worked in the State Secretariat, which is led by the powerful but unpopular Secretary of State, Tarcisio Bertone, who is reported to have fallen out of favour with the Pope and his supporters.

The whistle-blower said the Vatican is a place where "you can commit a murder and then disappear into the void" – a reference to a murky scandal in the Swiss Guard in 1998, when a young soldier shot dead the corps’ commander and wife before apparently committing suicide.

The mother of Cedric Tornay, 23, the alleged assassin, has never accepted that her son would have committed suicide and has called on Pope Benedict XVI, 84, to reopen the case, amid speculation that the real killer of the three may never have been caught.

There have been long-standing accusations of an official cover-up by the Roman Catholic Church, with numerous conspiracy theories put forward for a possible motive.

The leaks have embarrassed the Vatican in recent weeks, with claims of corruption and nepotism, questions over the transparency of the Vatican bank and unconfirmed reports of an assassination plot against the Pope within the next 12 months.

The whistle-blower dismissed suggestions that documents were being leaked in exchange for money.

"Something like that is inconceivable for me. That would mean betraying what we believe in," he said.

He urged the Vatican to reinvestigate "with zeal" one of its most enduring mysteries – the kidnap of teenager Emanuela Orlandi nearly 30 years ago.

Over the years it has been claimed that Miss Orlandi was kidnapped so that she could be used as a bargaining chip for the release from prison of Mehmet Ali Agca, the Turkish gunman who tried to kill John Paul II in St Peter’s Square in 1981.

Another theory is that the girl’s father, a Vatican employee, had stumbled on documents that connected the Vatican bank with a criminal gang in Rome and that she was kidnapped in a bid to silence him.

It has even been suggested that the kidnapping was carried out on the orders of a Catholic archbishop, Paul Marcinkus, the disgraced head of the Vatican bank, known as the ’Istituto per le Opere di Religione’. Marcinkus, an American, died six years ago.