Experts agree that this was a ballistic missile being fired off of Los Angeles. Pentagon insists it was a jet aircraft or model rocket.
China flexed its military muscle Monday evening in the skies west of Los Angeles when a Chinese Navy Jin class ballistic missile nuclear submarine, deployed secretly from its underground home base on the south coast of Hainan island, launched an intercontinental ballistic missile from international waters off the southern California coast. WMR’s intelligence sources in Asia, including Japan, say the belief by the military commands in Asia and the intelligence services is that the Chinese decided to demonstrate to the United States its capabilities on the eve of the G-20 Summit in Seoul and the Asia-Pacific Economic Cooperation summit in Tokyo, where President Obama is scheduled to attend during his ten-day trip to Asia.

The reported Chinese missile test off Los Angeles came as a double blow to Obama. The day after the missile firing, China’s leading credit rating agency, Dagong Global Credit Rating, downgraded sovereign debt rating of the United States to A-plus from AA. The missile demonstration coupled with the downgrading of the United States financial grade represents a military and financial show of force by Beijing to Washington.

The Pentagon spin machine, backed by the media reporters who regularly cover the Defense Department, as well as officials of the Federal Aviation Administration (FAA), North American Aerospace Defense Command (NORAD), and the U.S. Northern Command, is now spinning various conspiracy theories, including describing the missile plume videotaped by KCBS news helicopter cameraman Gil Leyvas at around 5:00 pm Pacific Standard Time, during the height of evening rush hour, as the condensation trail from a jet aircraft. Other Pentagon-inspired cover stories are that the missile was actually an amateur rocket or an optical illusion.

There are no records of a plane in the area having taken off from Los Angeles International Airport or from other airports in the region. The Navy and Air Force have said that they were not conducting any missile tests from submarines, ships, or Vandenberg Air Force Base. The Navy has also ruled out an accidental firing from one of its own submarines.

Missile experts, including those from Jane’s in London, say the plume was definitely from a missile, possibly launched from a submarine. WMR has learned that the missile was likely a JL-2 ICBM, which has a range of 7,000 miles, and was fired in a northwesterly direction over the Pacific and away from U.S. territory from a Jin class submarine. The Jin class can carry up to twelve such missiles.

Navy sources have revealed that the missile may have impacted on Chinese territory and that the National Security Agency (NSA) likely posseses intercepts of Chinese telemtry signals during the missile firing and subsequent testing operations. 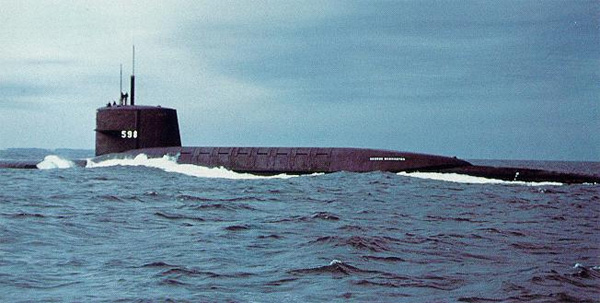 Asian intelligence sources believe the submarine transited from its base on Hainan through South Pacific waters, where U.S. anti-submarine warfare detection capabilities are not as effective as they are in the northern and mid-Pacific, and then transited north to waters off of Los Angeles. The Pentagon, which has spent billions on ballistic missile defense systems, a pet project of former Defense Secretary Donald Rumsfeld, is clearly embarrassed over the Chinese show of strength. 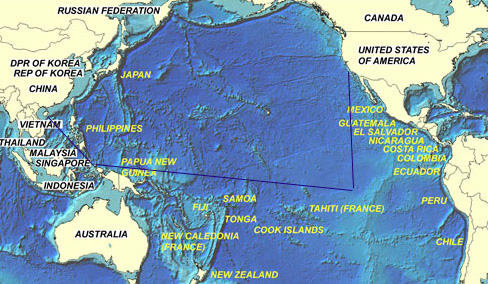 Likely route of Jin-class submarine from Hainan base.

The White House also wants to donwplay the missile story before Presidnet Obama meets with his Chinese counterpart in Seoul and Tokyo. According to Japanese intelligence sources, Beijing has been angry over United States and allied naval exercises in the South China and Yellow Seas, in what China considers its sphere of influence, and the missile firing within the view of people in Southern California was a demonstration that China’s navy can also play in waters off the American coast.

For the U.S. Navy, the Chinese show of force is a huge embarassment, especially for the Navy’s Pacific Command in Pearl Harbor, where Japan’s December 7, 1941 attack on the fleet at Pearl Harbor remains a sore subject.

In 2002, national security adviser Condoleezza Rice reportedly scolded visiting Chinese General Xiong Guankai, the deputy chief of staff for intelligence of the People’s Liberation Army, for remarks he allegedly made in 1995 that China would use nuclear weapons on Los Angeles. Xiong denied he made any such comments but the “spin” on the story helped convince Congress to sink billions of additional dollars into ballistic missile defense, sometimes referred to at “Star Wars II.”