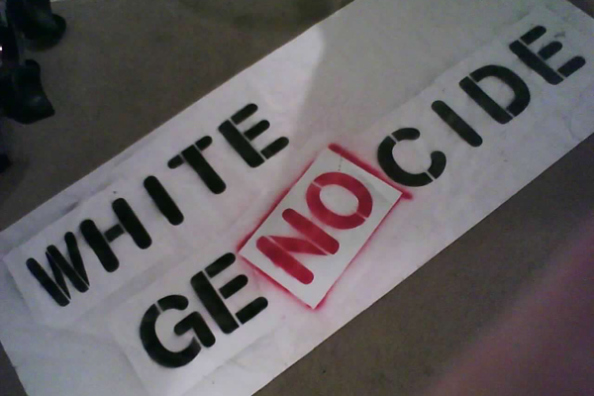 White Genocide may sound like a conspiracy theory that’s popular among tin-foil hatted gentlemen, but when you move past this knee-jerk reaction, there is actually an alarming amount of truth to it.

Most people will tell you that genocide is a group of people being murdered in some way, but that is just the popularized version. Contrary to the popular misconception, genocide does not have to be violent or involve mass murder – it could be a series of political policies to get rid of a group.

f there is a plan to target a group for destruction, that is genocide. In this article, you should see this “behind the scenes” plan come to light.

Susan Sontag, a film maker and professor, once remarked that “The white race is the cancer of human history.”

She did not say anything ground-breaking; she was merely summing up what a certain portion of the ruling class thinks of its White majority citizens.

They believe that White people are some kind of “cancer” which must be wiped out. Furthermore, they all agree that the solution to this “cancer” should be to get rid of all the White countries by allowing a massive scale of migration from non-White countries.

General Wesley Clark, an ex-NATO commander who was involved in the bombing of Serbia, once let slip the real objective of his campaign.

“There is no place in modern Europe for ethnically pure states” he said. “That’s a 19th century idea and we are trying to transition into the 21st century, and we are going to do it with multi-ethnic states.”

Why Europe, specifically? Again, this is not a ground-breaking speech; many others have said the same thing, General Clark just said it more concisely.

By itself, moving different groups of people into White countries does not constitute genocide. What makes it genocide is that they then demand we “assimilate” with these non-White immigrants.

As one Israeli writer put it: “Sooner or later, their [immigrant’s] children and grandchildren will marry into veteran European families and change the demographics of their countries“, he said that this was “a good thing.”

We have had quite a lot of influential people call for this. Like ex President of France, Nicolas Sarkozy, who said in a speech that “the goal is to meet the challenge of racial interbreeding“, and that “not to intermarry racially is bad for the survival of the country.”

Pretty blatant, right? But you’re probably saying that a quote from one politician doesn’t quite prove that there is a multi-national agenda to get rid of White people by blending us with other groups. 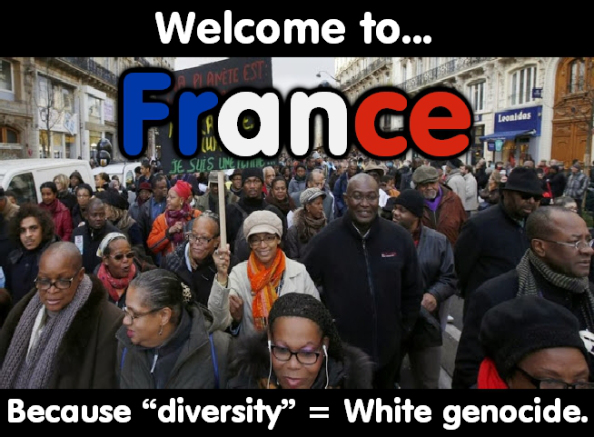 Well, in Germany, Joschka Fischer, ex Foreign Minister and ex Vice Chancellor wrote in his book that “Germany is to be contained from the outside and heterogenized from the inside by influx, ‘diluted’ so to speak.”

And then in Sweden there is Mona Sahlin, Party Leader of the Social Democrats, who said, “the White majority is the problem” and they “must be integrated into the new Sweden; the old Sweden will not return.” 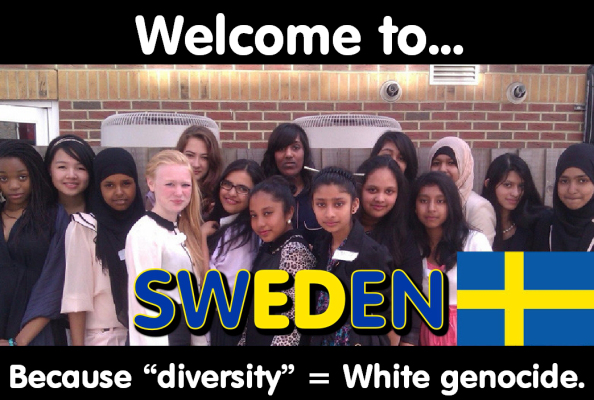 And in Australia, Bill Hayden, ex Foreign Minister, said “Australian Asians and Europeans will marry another and a new race will emerge”. Australia “will become a Eurasian society and we will be the better for it.“

At the time of Hayden’s remarks, the then Prime Minister, Bob Hawk, said that he was not going to allow a debate on this issue: “We will not allow to become a political issue in this country the question of Asianisation.”

In other words, he was saying there must be no alternative viewpoint. What’s important to remember here is that this was just a few years after the cancellation of the White Australia immigration policy.

Still not convinced? Perhaps you should read more of what these anti-Whites say?

These quotes are just the tip of the iceberg. But where did this plan or agenda come from? It surely must have had a creator, or someone who originally popularized this idea among the ruling elite class?

Well maybe it did – the most shocking and revealing quote you may ever see is from as far back as 1925, and it is from the founder and president of the Pan-European Union (the precursor to the European Union).

The man I’m talking about is Richard Coudenhove-Kalergi. He wrote in one of his books that “The man of the future will be of mixed race … [it] will replace the diversity of peoples with a diversity of individuals.”

Surely it was just an innocent prediction?

That last quote by him cannot be confirmed, but one thing you might have noticed in his other quote is that he uses the word “diversity”. He is the first person we know of to use it in that context, and since then, that word has become the battle-cry of the anti-Whites.

Whenever they scream “diversity” we all know they’re really saying “let‘s get rid of the White majority”. It has never been directed at any other group of people.

Non-White Immigration into every single majority White country is at the highest rate it’s ever been in history, despite poll after poll showing that the majority of voters are against it.