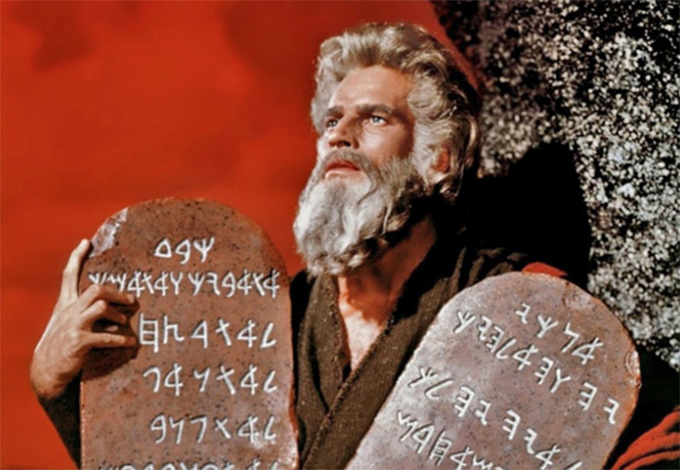 Christopher Driscoll, a visiting assistant professor of religious studies at the private university in Bethlehem, Penn., posted the list of commandments last Friday following a lecture on the white appropriation of rap.

According to Driscoll, his lecture "led to a discussion about how white people fit into the #BlackLivesMatter movement" and prompted a collaboration between himself, Lehigh Theater Professor Kashi Johnson, and hip hop artist Asheru.

“Together, we came up with these, the ten cracka commandments for 2015,” Driscoll wrote on his personal blog, Shades of White.

Driscoll says the first commandment is that all lives “won’t matter until #BlackLivesMatter” which he describes as both “a litmus test and the greatest commandment.”

The nine other commandments read as follows:

1. “Always remember that white privilege is real, even if you do not understand it. Use it to convince other people that black lives, including black women's lives, matter.

2. Show up for protests, write letters to representatives, and start discussions with other white people about black lives mattering.

3. “Always remember that ignorance is real, and is a product of privilege. Treat the ignorant with compassion, but hold them accountable.”

4. “Never think that the critique does not apply to you. Just because you were at Barack’s inauguration and your dad was a freedom rider, or because you are the head of your local chapter of GLADD, that does not mean you do not have more work to do on yourself, your family, and your community.”

5. “Always remember that it is never a question of if violence, but whose violence are you going to defend. Unjust state-sanctioned and racist violence, or justified resistance; the choice is yours, the choice is ours.”

6. “Never tolerate racism from your friends or family. Whether it is coming from your eighteen-year-old friend, your thirty-one-year-old cousin, or your eighty-year-old grandmother, confront it always. Confronting racism does not mean you will lose your friend or family. It means you will help to make them act and think in less racist ways.”

7. “You cannot love cultural products without also loving the people who make those products. If you like black art or athletics, that appreciation is an entryway into recognizing that black lives matter.”

10. “Never put white fragility ahead of justice. If you are more concerned to argue that you “aren’t racist” than you are with racism or with people dying, you’re priorities are skewed. Do you want justice or comfort?”

In addition to teaching, Driscoll recently penned the book White Lies: Race and Uncertainty in the Twilight of American Religion, which addresses the “instabilities central to a ‘white religion’.”

Driscoll describes his personal website as designated for the “progressive anti-racist ally” and “curious and frustrated, alike.”

“Shades of White is a space for whites to clumsily, openly, and actively wrestle with a host of social issues that impact us,” Driscoll states, adding that ““it is about time white folks come to terms with a problematic social arrangement that has seen them disproportionately advantaged for far too long.”

According to Driscoll, left-wing blogs “do a good job of criticizing white folks on our failings” albeit without offering “concrete responses to meet the civic and social demands of everyone else.” At the same time, Driscoll says right-wing blogs “feel good, make us proud to be an American, but are often actively racist and sexist and sometimes, downright dumb.”

In an email to Campus Reform, Lehigh’s Director of Media Relations, Jordan Reese, said the university is committed to “strongly supporting faculty academic freedom and the free exchange of ideas, theories and philosophies on campus.”

“Lehigh believes diversity of thought fuels a healthy exchange of ideas, discussion and debate, contributing to a vibrant intellectual environment in which our students can grow and learn,” Reese said.