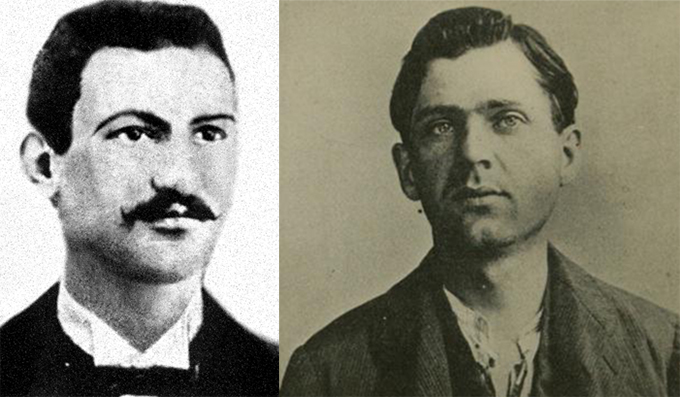 1- Bresci: "I killed the King for the sake of the common man."

2- Czolgosz: "I killed the President because he was the enemy of the good people – the good working people. I am not sorry for my crime."

Imagine that you are the head of a vast international terrorist network. At your disposal are hundreds of fanatics, including women, who are willing to blow themselves up in suicide attacks. Just do a Google Search of the term "suicide bomber" and see how many of these attacks are alleged to have taken place over the past 30 years -- most notably the 9/11 attacks, in which 19 young "terrorist hijackers" with boxcutters allegedly gave up their lives for the cause, all at the same time (rolling eyes, smirking).

With a never-ending supply of such unstoppable human weaponry at your disposal, wouldn't you, as the head of "Al Qaeda" -- "Al Nusra" -- "ISIS" -- "ISIL" -- "Khorasan" -- "Boku Haram" -- or pick your favorite "jihadist" bunch of bogeymen of the month -- want to take out the western political big shots that you profess to hate so much? Think about it; a suicide bomber or suicide shooter can get to anybody. No Prime Minister, no President, no Senator, no Congressman, no Parliamentarian, no King, no Pope, no Secretary of State or Foreign Minister would be safe from a suicidal fanatic who cares not if he gets killed or is captured on the spot. And yet: thankfully, this has not happened. Why not?

Case in point: the assassination of U.S. President William McKinley by a Red fanatic named Leon Czolgosz in 1901. That was a suicide attack that no bodyguard could have stopped. We say "suicide" because surely, Czolgosz must have known that he would be apprehended after shooting McKinley from up close in a crowded setting. Czolgosz shot McKinley in September. He fried in the Electric Chair in October.

The "suicide shooter" Czolgosz brought a mighty nation to mourning and anger. But he was neither the first nor the last such Red agent to shock the world. Czolgosz admitted that the inspiration for his crime (referred to by Reds as "The Propaganda of the Deed") was another suicide assassination that had taken just one year earlier -- the murder of King Umberto I of Italy at the hands of Anarchist Gaetano Bresci.

Red suicide assassination attacks neither began nor ended with the 1900 & 1901 killings of Umberto and McKinley. Controlled "Nationalist" fanatics also carried out suicide assassinations. If the following limited list proves surprising to you, just imagine how much these shocking events must have rattled the world, from high to low, during the many decades where such suicidal attacks were routine.