Dec 2, 2013
Scott D. de Hart has spent the last 20 years as a writer, teacher, professor, and researcher. He has dedicated much of the last two decades of his life as a college professor and is also an author, and high school English teacher. Joseph P. Farrell has a B.A. in Biblical Studies and Philosophy, an M.A. in Historical and Theological Studies, and a Ph.D. in Patristics. He is the author of many books in the field of alternative research. Scott and Joseph will discuss their co-authored book, Transhumanism: A Grimoire of Alchemical Agendas. We'll hear about how the transhumanist agenda is rooted in old esoteric occult traditions that aim to reunify the fallen, broken man into the ultimate being. Joseph and Scott explain the primordial drive behind technology. Also, Scott ties in various works of fiction that reveal messages of alchemical transformation. Then, we'll discuss the creation of a new unified man through technology. In the transhumanist's world there will be no place for the individual and humanity is taken out of the equation. In the second hour, we'll talk about the 4 steps in the declension of mankind beginning with androgyny and the technological fusion with humanity at each of the 4 levels. We'll also discuss modern technology that is presenting questions of ownership and what nightmare scenarios may arise because of it. At what point are we no longer human but owned by a corporation or the state? Later, we question if artificial intelligence already have taken over. Yet in the end, a system that is unhuman, therefore means that no human can live in it.

Transhumanism: A Grimoire of Alchemical Agendas
Covert Wars and Breakaway Civilizations: The Secret Space Program, Celestial Psyops and Hidden Conflicts
Yahweh The Two-Faced God
The Grid of the Gods: The Aftermath of the Cosmic War and the Physics of the Pyramid Peoples
Genes, Giants, Monsters, and Men: The Surviving Elites of the Cosmic War and Their Hidden Agenda
Babylon's Banksters: The Alchemy of Deep Physics, High Finance and Ancient Religion
The Philosopher's Stone: Alchemy and the Secret Research for Exotic Matter
Nazi International: The Nazis' Postwar Plan to Control the Worlds of Science, Finance, Space, and Conflict
Roswell and the Reich: The Nazi Connection
The Cosmic War: Interplanetary Warfare, Modern Physics and Ancient Texts
The SS Brotherhood of the Bell: Nasa's Nazis, JFK, And Majic-12
Secrets of the Unified Field: The Philadelphia Experiment, The Nazi Bell, and the Discarded Theory
Reich Of The Black Sun: Nazi Secret Weapons & The Cold War Allied Legend
The Giza Death Star Destroyed: The Ancient War For Future Science (Giza Death Star Trilogy)

The Mission OST - On Earth as it is in Heaven 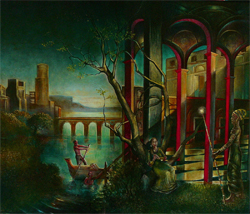