The Grid of the Gods

Oct 16, 2011
Joseph P. Farrell has a doctorate in Patristics from the University of Oxford, and pursues research in physics, alternative history and science, and “strange stuff”. Following a paradigm of researching the relationship between alternative history and science, Farrell has written a stunning series of books. In this interview, he will discuss his latest book, The Grid of the Gods. Consider the possibility that there is an alchemical cosmology in very ancient stone monuments. Consider the possibility that an ancient and hidden elite laid out an entire global construction grid, and then built it over millennia. Also consider that the "elite" behind this alchemical agenda disguised an advanced science within religious myths and concealed a highly sophisticated physics. Finally, consider that when the first hydrogen bombs were tested, they might have tapped into the unknown sources of energy from that grid ... with runaway results! Don’t miss this hour as we talk about The Grid of The Gods. In the second hour, we begin talking about the cosmic war and conflicting time scales in our chronological data. We’ll discuss the two factions of the surviving elite of the cosmic war and the aftermath on Earth. One of these groups required bloody sacrifices on high points. Joseph will tell us why. Did these elite tamper our genetics or socially engineer us into a specific agenda? Then, we talk about modern cities which are also laid out according to the knowledge of this grid, including what is behind Masonic architecture. Is the sacrifice still occurring but on a grand scale? Joseph points out the striking similarities between various ancient megalithic sites. We’ll explore the idea that these sites were laid out as a key to our immortality and discuss the physics behind them and the knowledge of this technology written in the Vedas. Joseph says we are catching up to the level of technology that was once known. He shares his opinion about the elites releasing information.

The wreck files: Have scientists found a crashed flying saucer on the seabed?

The Grid of the Gods: The Aftermath of the Cosmic War and the Physics of the Pyramid Peoples

Genes, Giants, Monsters, and Men: The Surviving Elites of the Cosmic War and Their Hidden Agenda

The Philosopher's Stone: Alchemy and the Secret Research for Exotic Matter

Nazi International: The Nazis' Postwar Plan to Control the Worlds of Science, Finance, Space, and Conflict

Roswell and the Reich: The Nazi Connection

Secrets of the Unified Field: The Philadelphia Experiment, The Nazi Bell, and the Discarded Theory 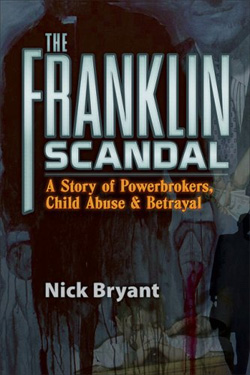