Jul 29, 2012
Joseph P. Farrell has a doctorate in patristics from the University of Oxford, and pursues research in physics, alternative history and science, and "strange stuff". He is the author of seventeen books in the field of alternative research. In the beginning we’ll discuss the Baltic Sea find and the Russian hypothesis that says "the mysterious disc-shaped object at the bottom of the Baltic Sea could be a relic from a giant World War II device placed there by the Nazis to disrupt Soviet submarine navigation." We’ll also discuss the Russian announcement of a new human haplogroup, which questions the "Out of Africa" theory and the origin of Europeoids (Caucasoid) in light of new DNA genealogy. Then, Joseph will talk about his book Yahweh the Two-Faced God: Theology, Terrorism, and Topology co-authored with Scott D. De Hart. He talks about the psychopathic character known as Yahweh and the cultural effects and consequences of introducing Yahweism into the world. In the second hour, Joseph speaks about religious indoctrination and nightmare apocalyptic fantasies that are tailor made to serve the elite’s geopolitical agenda. We’ll discuss Putin’s opposition to western oligarchs and the threat of Russian power to the elite’s game. Farrell also talks about the European Union and eastern factions which are creating an obstacle for the elite game players. Later, Joseph talks the sub-standard individuals who are next in line for power after the Rockefeller’s and Rothschild’s. We end the hour discussing the positive aspects of our current state of the world. He reminds us that the problems are cultural, not political and ties it back to Yahweh.

Yahweh The Two-Faced God
The Grid of the Gods: The Aftermath of the Cosmic War and the Physics of the Pyramid Peoples
Genes, Giants, Monsters, and Men: The Surviving Elites of the Cosmic War and Their Hidden Agenda
Babylon's Banksters: The Alchemy of Deep Physics, High Finance and Ancient Religion
The Philosopher's Stone: Alchemy and the Secret Research for Exotic Matter
Nazi International: The Nazis' Postwar Plan to Control the Worlds of Science, Finance, Space, and Conflict
Roswell and the Reich: The Nazi Connection
The Cosmic War: Interplanetary Warfare, Modern Physics and Ancient Texts
The SS Brotherhood of the Bell: Nasa's Nazis, JFK, And Majic-12
Secrets of the Unified Field: The Philadelphia Experiment, The Nazi Bell, and the Discarded Theory
Reich Of The Black Sun: Nazi Secret Weapons & The Cold War Allied Legend
The Giza Death Star Destroyed: The Ancient War For Future Science (Giza Death Star Trilogy)

Rollins Band - Up For It 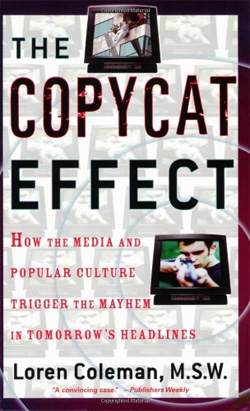